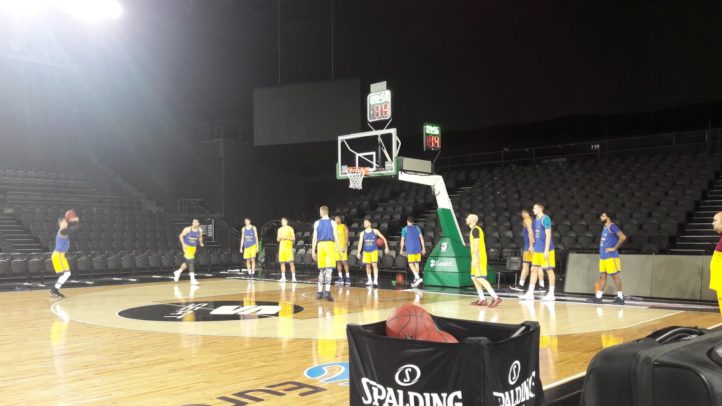 The second round of the Top 16 pits two undefeated teams against each other in Group E when Darussafaka Istanbul (1-0) hosts Herbalife Gran Canaria (1-0) in the first time ever these two teams face each other in the EuroCup. Both teams started the Top 16 in a good way, but now one of them will suffer the first defeat in this phase.

The hosts look to 7DAYS EuroCup Regular Season MVP Scottie Wilbekin (19.0 ppg., 5.1 apg.) even though he missed the last games due to injury. He is questionable against Granca, too. Darussafaka also relies on Jajuan Johnson (15.3 ppg., 6.9 rpg.) and Will Cummings (11.9 ppg.). Gran Canaria has its best scoreer this season in Marcus Eriksson (16.7 ppg.), followed by centers Anzejs Pasecniks (9.8 ppg.) and Ondrej Balvin (9.7 ppg. and 8.0 rpg.). The winner of the game will take a giant step towards the next phase. Granca is the top scoring team in the league this season (93.2 ppg.), but Darussafaka has the second-best defense (72.2 ppg.), so the clash of styles is served in a marquee matchup for this week.