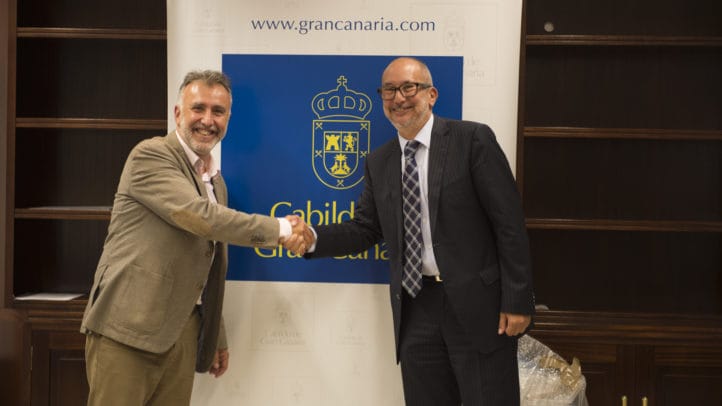 Enrique Moreno was named as the new president of C.B. Gran Canaria

The Sports Counsellor and Vicepresident of the Cabildo of Gran Canaria, Ángel Víctor Torres, wanted to congratulate to Enrique Moreno for his new designation. And thanked Óliver Armas for his time for being the most responsible of the Club. The Vicepresident also thanked to Miguel Betancor, for his work.

Ángel Víctor Torres commented he was “calmed” because he knows that the new president “is a person that studied in the Claret school and loves and feel basketball” and the new president “has being part of the history of C.B. Gran Canaria”. The counselor affirmed that “Enrique Moreno was the best profile they were looking for and the members of the board of management agreed with him”. Lastly, Angel Víctor defined Enrique Moreno as a “professional that knows the yellow team from inside and he will work apart from the politics area”. 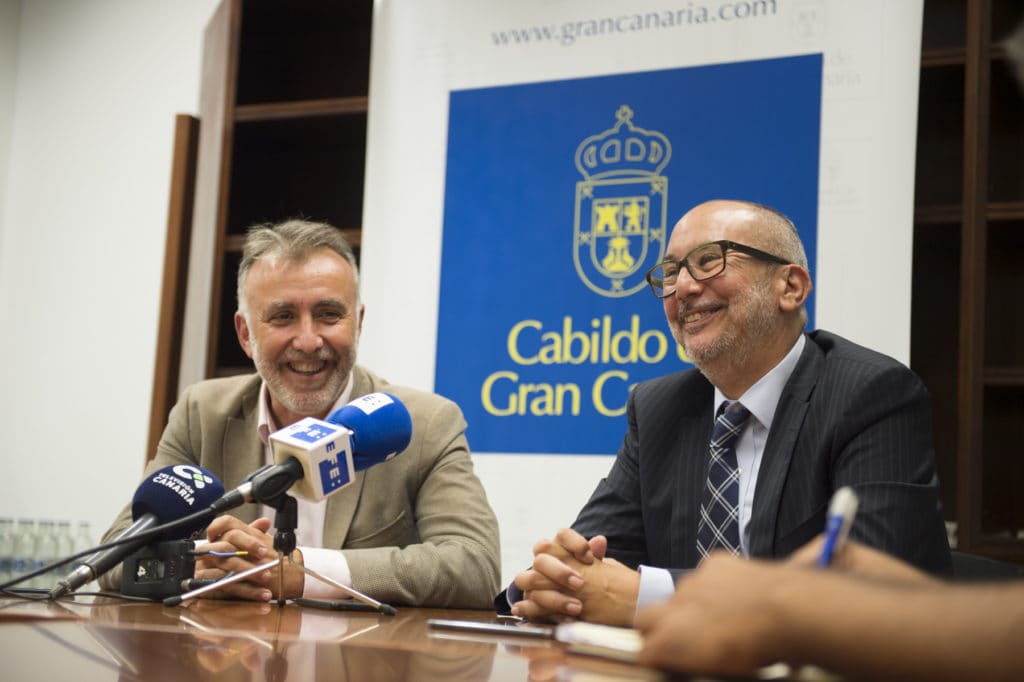 The new president of C.B. Gran Canaria, Enrique Moreno, said that he lasted “only two seconds to say yes” when the Cabildo of Gran Canaria asked him to be the new president. “This proposition was unthinkable for me a few months ago”, said Enrique.

Enrique Moreno started on the Club in the 1989, except for two years, he has been connected to the Club to date. Since 2012, he worked as the legal counsel of the Club, he has also worked as the Vice-president of the entity. Moreno highlighted that he knew that there were people working in the team that loved the Club, and for that reason he will only “correct small pieces to achieve the perfection”.

The new yellow president ended commenting that “tomorrow will be a great day” because “I never thought that we would win any title 20 years ago and tomorrow I will be the new president defending our Supercopa at home”. Moreno hopes “to write another beautiful history, winning the Supercopa like last year”.