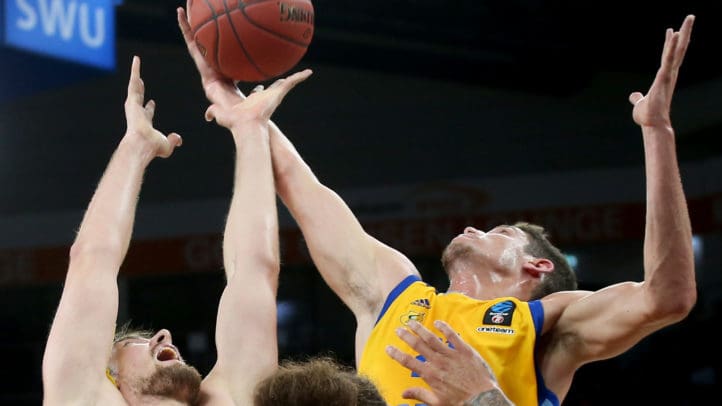 ratiopharm Ulm got its second win of the 7DAYS EuroCup season thanks to a tough job at home against Herbalife Gran Canaria, 97-87.

Neither team managed to take full control of the game until local hero Per Guenther exploded in the last quarter with threes that put the hosts out of reach. Ulm is now 2-1 in Group D while Gran Canaria drops to 1-2. Guenther led the winners with 21 points, including five threes. Ryan Thompson added 18, Luke Harangody 16 and Ismet Akpinar 14. For Gran Canaria, Marcus Eriksson had 24 points, and DJ Seeley and Albert Oliver had 10 apiece.

Eulis Baez and Ondrej Balvin quickly made up for Ryan Thompson’s starting basket, and DJ Seeley’s five straight points made it 8-13 for the guests. Ulm was staying alive thanks to individual bursts by Trey Lewis and Thompson, but it was not enough to stop the fast pace of Gran Canaria and Seeley’s hot hand. Da Sean Butler’s acrobatic basket was followed by Luke Harangody’s three to suddenly make it a one-point game, 20-21, after having trailed by 8. Lewis stepped up again and his three made it 23-26 after 10 minutes. Murry finally put Ulm ahead again from the line, 30-28, at the same time as the hosts’ defense started to take a solid shape. Ulm made the slim advantage count until Oriol Pauli turned the game upside down again for Gran Canaria, very solid from the free-throw line, but no team managed to get ahold of the control of the score nor the tempo and Ismet Akpinar hit a clean jumper to make it 43-44 at the break. 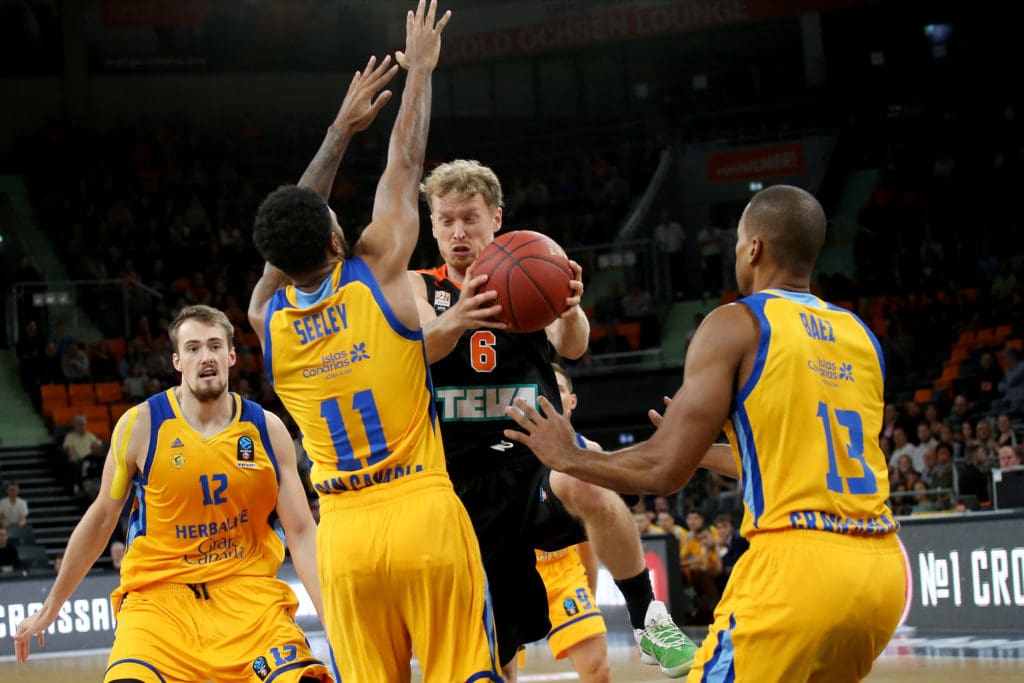 Seeley stayed busy from downtown to start the second half and then Baez hit a three and then had a steal with dunk to make it 45-53 in the blink of an eye. Gran Canaria’s defense made the hosts struggle in offense, and only Akpinar could stop the bleeding with foul shots. Per Guenther’s jump shot ignited the stands again, as Ulm made anything it could to stay in the game. Back-to-back threes in straight plays by Lewis kept the momentum at the top making it 58-53 for Ulm. Anzejs Pasecniks almost single-handedly made the guests gain a slim lead once more, and then Pauli had the steal and dunk to make it 69-74. Ulm’s focus had somewhat vanished in offense, and it was only through bursts like Murry’s three for 75-74 that the hosts stayed in the race. However, Ulm’s defense started forcing Gran Canaria mistakes, and Butler finally scored again to get the momentum going to which Guenther joined soon with a three and free throws for 82-75 and three minutes to go. Marcus Eriksson appeared again for the guests with a new three that was fresh air, but Guenther replied the same way to send the fans to a frenzy. Eriksson and Guenther decided to keep trading threes as the clock ticked away, 90-85. Eriksson still had time for a one handed slam, but Guenther sealed the win from the line and even a last three for 97-87.