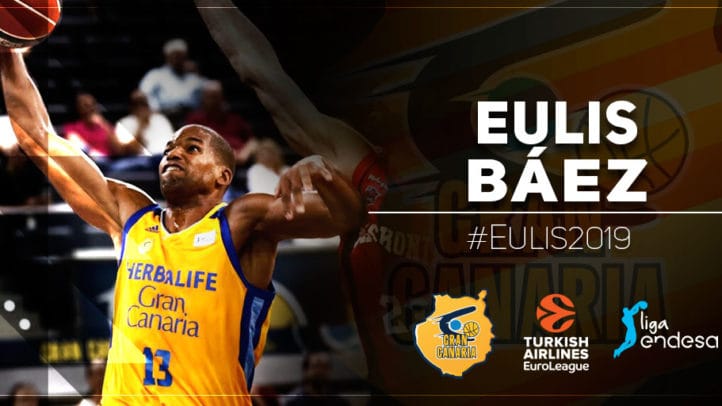 The yellow Club and the Dominican power forward reached an agreement to extend his contract one more year. The Herbalife Gran Canaria’s captain will continue wearing the yellow t-shirt for seven seasons in a row.

Eulis Báez (Santo Domingo, 1982) landed in Gran Canaria en the 2012-13 season from FIATC Joventut. In the last season, he finished with 11.8 in performance index rating in Liga Endesa and 9.5 in Eurocup, almost his best scores since he came to the island.

In the past six seasons with the yellow team, Báez has played 218 games in Liga Endesa and 74 in EuroCup,  participating in every milestone the Grancanarian team has made.