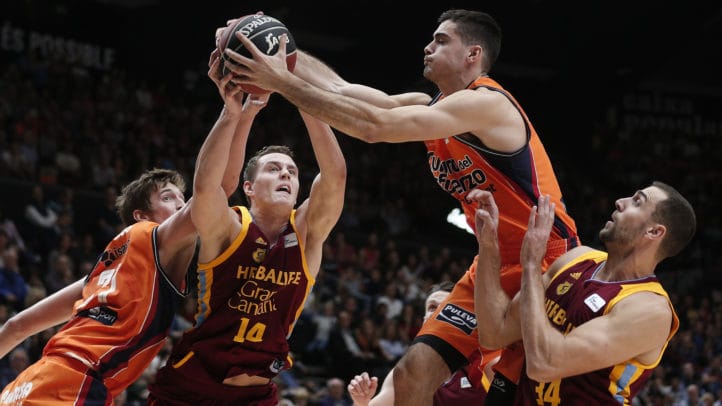 The Islanders haven’t been able to win at Valencia since 2005.

Herbalife Gran Canaria and Valencia Basket had a big matchup. Both teams got to the game with a 4-1 record. Also, teams like FC Barcelona Lassa or Montakit Fuenlabrada had lost so the game had a special value for both teams.

After playing two Euroleague games in two days, one could think that Valencia Basket would be affected by it -but they went out with an 8-2 run early in the game. However, Herbalife Gran Canaria was able to match their scoring pace. Ondrej Balvin did a great job receiving passes from Oliver and Mekel. Eriksson wasn’t there but at the end of the first Gran Canaria won by one (25-26).

It was a good team effort. Erick Green was unstoppable as he ended up the half with 13 points, but Herbalife Gran Canaria did a better job both in offense and defense. DJ Seeley was a beacon of light for the yellow team and he put the team five points ahead. But Valencia Basket, thanks to Green, turned a 36-41 game into a 47-41 with an 11-0 run that ended the half (47-41).

Valencia Basket took control of the game. Despite of their mistakes, Valencia was in charge of the game during all the third quarter. Will Thomas and youngster Abalde played key roles and Valencia Basket got a thirteen points lead (63-50). Herbalife Gran Canaria overcame its bad moment to make possible a 0-8 run with a dagger from Albert Oliver. However, Valencia Basket used a technical foul to build a 8-2 result in the last minute of the third (71-60).