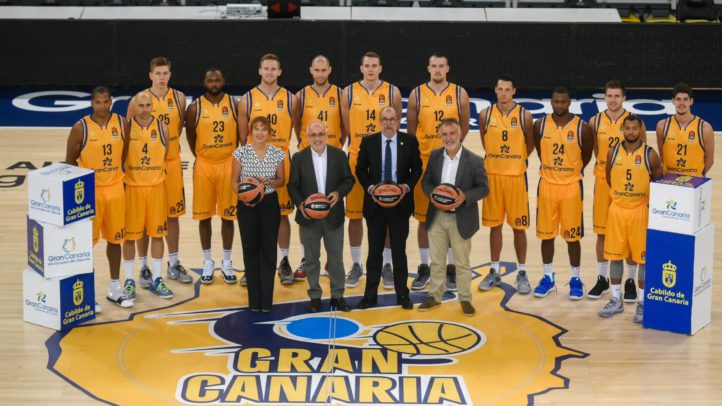 The agreement was announced in a press conference last Monday. President of CB Gran Canaria Enrique Moreno represented the club. Moreno said that with this agreement “both the Club and Cabildo want for Gran Canaria to be present in any place of the world with basketball fans”.

Politicians Antonio Morales -president of Cabildo-, Ines Jimenez -head of Tourism for Cabildo- and Angel Victor Torres -head of Sports for Cabildo- were also in the press conference. All agreed in saying that exposure for Gran Canaria in Turkish Airlines EuroLeague will be huge. It will be a unique way to showcase Gran Canaria not only to Europe but to the World.

‘Gran Canaria’ trademark will be not just in the front of the jerseys but also in many different advertising places.