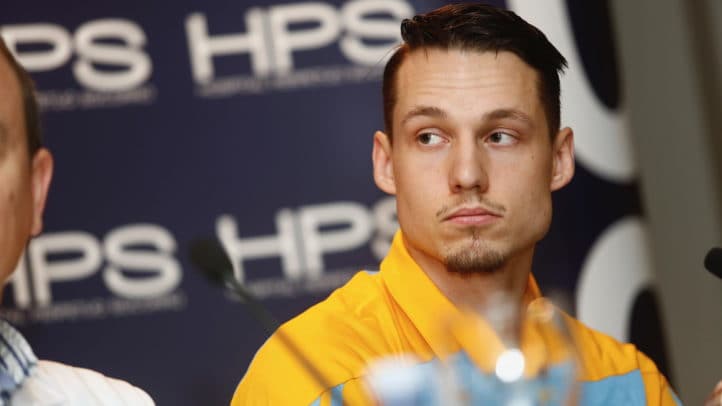 “It was the best option to grow as a player”, Marcus Eriksson

“GRAN CANARIA WAS THE BEST OPTION”, EXPLAINED THE SWEDISH PLAYER. HE BELIEVES IT IS A STEP FORWARD.

Perpetuo Socorro’s hospital, official health service of Gran Canaria Basketball Club, hosted the presentation of Markus Eriksson. Jorge Baccelliere, medical director of PSH, was the host. He said: “it’s a pleasure to hold the presentation of a player we hope will be important on the team. Gran Canaria is building an interesting squad”, he commented. “We work as health service as well, not only as Gran Canaria Basketball Club sponsor. We have the privilege to care for the health of professional players and also sports fans”, he added.

“We hope he join us for several years”, commented Berdi Pérez.

“He is a Swedish player trained in the youth teams of Barcelona F.C. This year he parted ways with the club in which he has been developing his career. We hope he join us for several years, as well as we hope he grows as a player and as a person”, he said.

“He joined us just two days ago because he has been playing for his national team. We wish him the best. We know there’s an important Swedish colony here in the island, as it has already happened with the Finnish colony and Sasu Salin”, he commented. 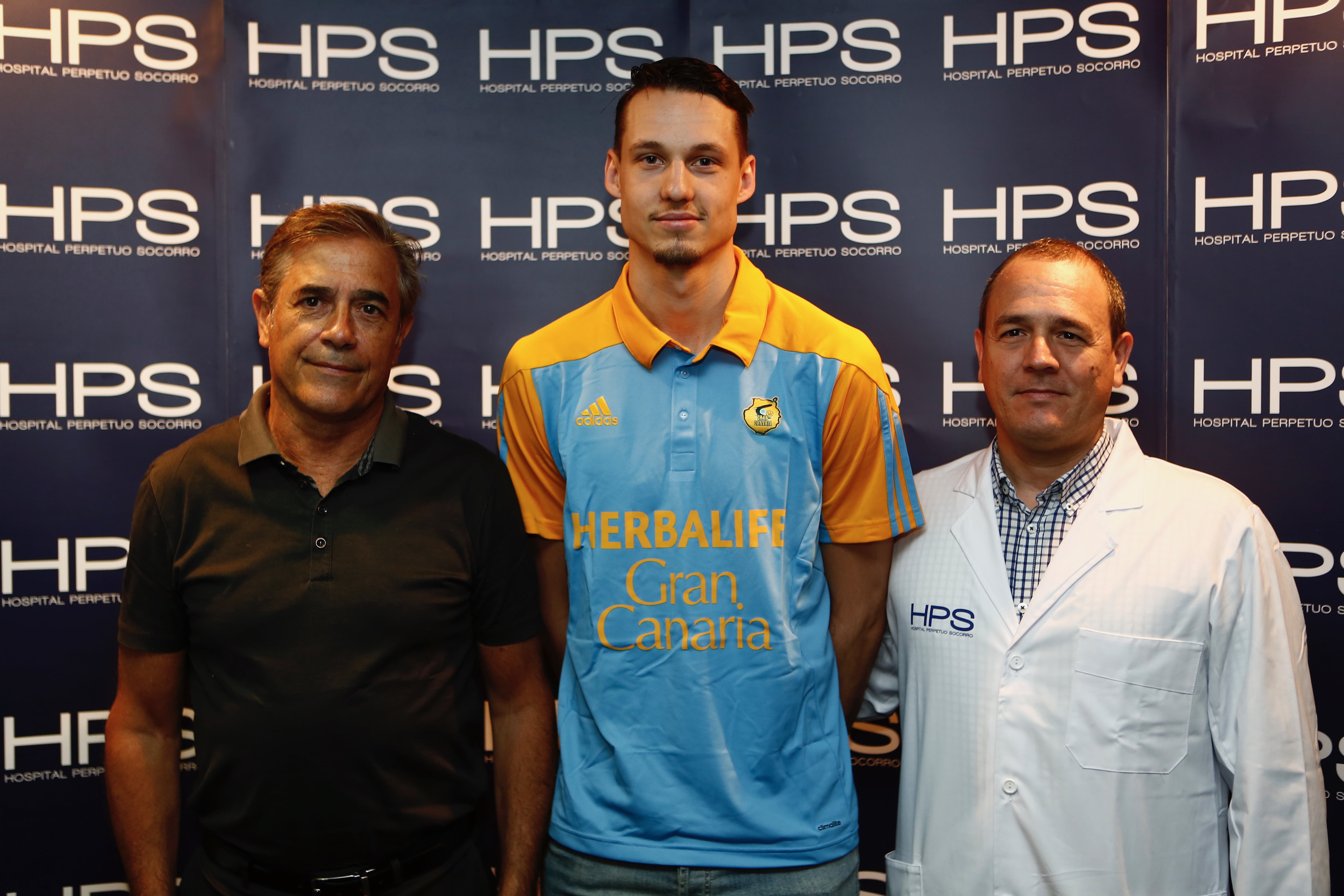 “it was the best option to grow as a player”, marcus eriksson

“When I knew I wouldn’t continue in Barcelona, I had to look for other options, and Gran Canaria was one of the first ideas to come to my head. I talked with my agents and Gran Canaria. As it was one of my first options we could manage it easily.”

“I have signed for three years, and I hope to grow as a player and help the team to grow as well.”

“I think being in Gran Canaria is a step forward because I didn’t have many minutes in Barcelona. Here, my role will be different. It was the best option to grow as a player.”

“I’m going to do what the coach wants from me, I will train hard every day and I will play aggressively. I’ll play hard in defense, that’s basic. I will try to help the team as much as I can.”

“It is early to say, but we have such talented players. This year, we host Copa del Rey and Supercopa. We will fight for everything.”

“My great shoot is what makes defense be close to me. This is the base of my game. I try to do everything the coach asks me to. I have only gone to two games practice, it’s difficult to say but I hope to play well with my teammates. This is what I want: to play as a team.”