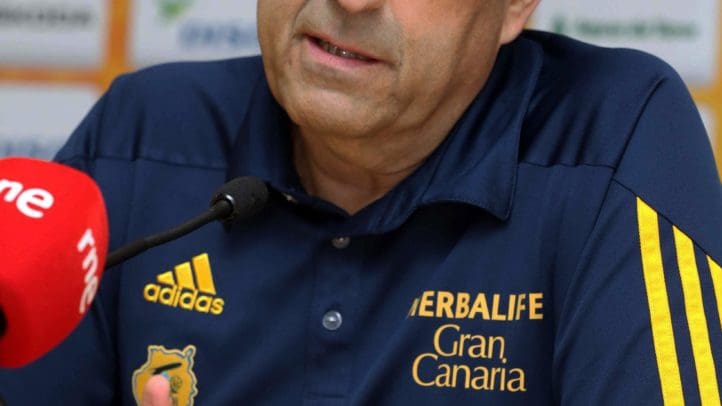 Luis Casimiro: “Their needs play on his favour because they’ll very focus”

TWO LOSSES IN A ROW
“Even if we came to this game after two wins in a row, we should have the same goal. It seems that now is more necessary, but we always try to do our best in order to win the game. We must know the things we have to do”.

PROBLEM ON DEFENSE
“We aren’t a great defensive team, we have shown it the whole season. We must have more toughness on the defensive side, especially when we aren’t smooth on offense, to control the game from the defense and rebounding”.

CONCERNS ABOUT BILBAO BASKET
“Their needs play on his favour because they will be very focus and be more dangerous. I am more worried about ourselves to feel the same that we felt a few weeks ago when we were close to compete for the third place”.

NICOLÁS BRUSSINO
“If you played in NBA is because you have talent, but until now he hasn’t given us what we expected from him. He is having problems to adapt to our roles and philosophy, because we don’t have any star player or play too many minutes. But also, the Spanish league is very challenging”.