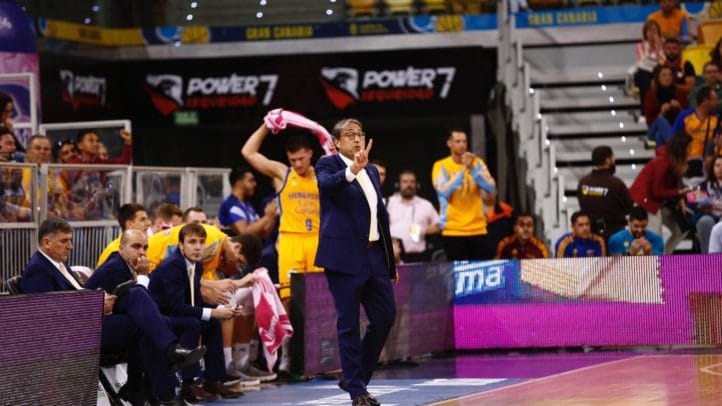 Luis Casimiro: “They have played a great second part game”

The yellow team head coach was clear about the lost against Barcelona in the press conference.

“We have played a great first quarter, and they have played a better second part. They have been really good at the three point shot line. Then, when we have reduced that percentage, we couldn’t control the rebounds when we have the opportunity. The loses that we have had, didn’t help us in our lay ups, that is one of the reason that made us not part of the game. We haven’t been with a good shooting in the second time”.

“We made that impression. Both time outs were used really fast, there were only 5 minutes left, and we were 10-12 below and it seemed that we gave up. We tried to recompose ourselves but we couldn’t make it. When we were fighting against them with a low distance in points, we were with intensity but as soon as Barcelona took advantage we saw it as we couldn’t maje it any more”.