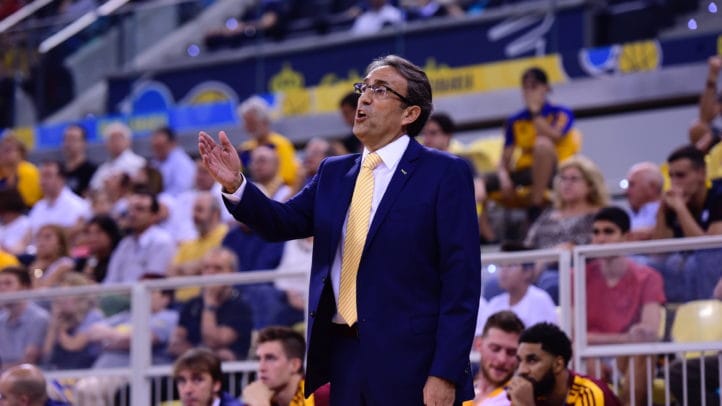 Luis Casimiro: “We must be more consistent on defense”

The head coach spoke after this friday’s practice in Fuente de San Luis, the arena for this weekend’s game versus Valencia Basket.

“Pablo Aguilar is doubtful, but he is improving. At today’s practice he participated with more intensity than in the last few days. He is not at his 100%, but it is early to know if he could play against Valencia Basket”.

“The group is very united despite of the recent results. It has always been like that, we have a great group of players from the beginning until now. We are working to fix our mistakes and to improve the things that we were not doing so well. It is normal at this part of the season, where all competitions have started. We must grow up in offense and defense, especially in this second one, in which we must be more consistent”.

“In every occasion it appears an historic number like our 11-0 against in La Fonteta, we are closer to break it. We must think about an independent game and work in order to win it, but it is a great challenge to give an end to the streak”.

“We already know Valencia Basket very well because the most part of their players has continued on the team. We have also faced them in the Supercopa Endesa, they have a similar system than last year, but they had some adquisitions, like the last one of Damjan Rudez, who played recently in the NBA. In spite of their injuries, they have a great roster and they were proving it in Liga Endesa and Euroleague”.