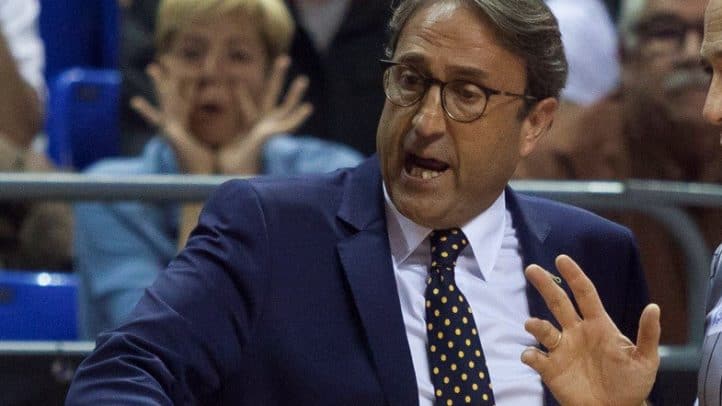 LUIS CASIMIRO: “WE SHOULD BE IN PAIN BECAUSE WE HAVE OUR PRIDE”

THE YELLOW TEAM COACH CONGRATULATED TO TENERIFE TEAM ON THE PRESS CONFERENCE AND DID NOT MAKE ANY EXCUSE OF THE AMOUNT OF GAMES GRAN CANARIA HAS PLAYED.

“We should congratulate our rival. They have played a great first quarter and because of that we haven’t been able to go back into the game.”

“We cannot think about the last game that we played 55 minutes or if we have again another game January 2, we need to think on the next game and stop regretting of the games that we have lost. We cannot make excuses of how hard it has been with lots of games because on January will be the same or even higher. On December we had lots of games but I don’t want to think about that.”
“We should be in pain because we have our pride and we haven’t defend as we should have done in a derbi. But this won’t stop us. The good thing is that you don’t have time to regret a lot, you need to turn the page on and not to make excuses how tired we are physically and be in perfect conditions for the next battle.”
Tags:
Search
Categories
Archive