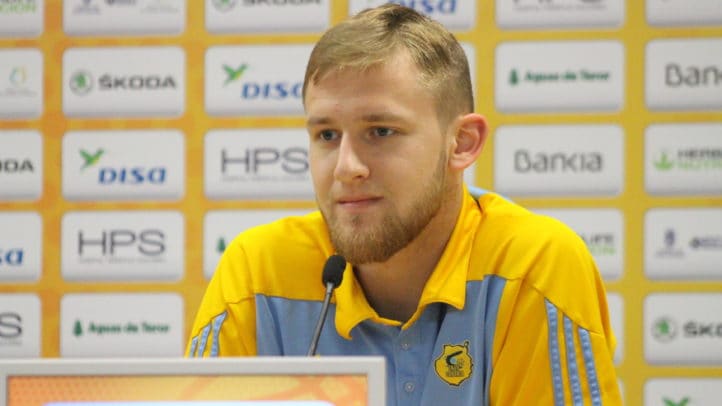 LUKE FISCHER: “EVERY GAME IN THE ACB is DIFFICULT, WE HAVE LEARNT IT IN THE PAST”

THE AMERICAN CENTER  WENT TO THE PRESS CONFERENCE TO TALK ABOUT SUNDAY’S GAME AGAINST DIVINA SEGUROS JOVENTUT.

“Every game is a tough game in the ACB. I think we learnt it in the hard way when we lost against Betis early in the season. Every team is trying to get wins, we have to learn from our mistakes in the past and know that no game is easy”.

“Absolutely. I have taken good advantage of my minutes and I think is because my hardworking in practice and showing that I am able to contribute to the team. And hopefully I may continue like this. I think it is a very good thing for the team because it helps us a lot to have big guys on the court, that are not playing a ton of minutes but though they are always being fresh to being able to play out run”.

“We have no seen any films yet, we will start tomorrow with scouting but we have seen them in other films they are a good team they have been close in some games like the other week against  Tenerife. They play really well and they are a really good team and just because they are in the last place doesn’t mean that they will not try to beat us”.

“I think it has been the physicality. In college they really limit how much you can be physical with other players in defense and in offense, over here they really let you hit each other. I think it is the way basketball should be played. I think it helps me a lot and I think that is why I produce it well because it is more physically game over here”.