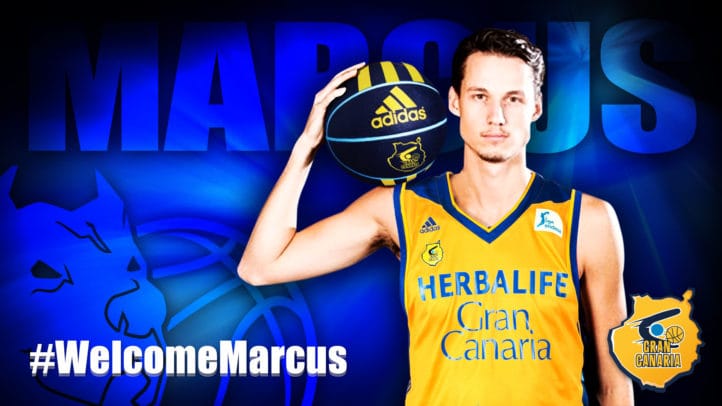 Marcus Per Eriksson (Uppsala, Sweden, 5 December 1993) is a 6.6 ft shooting guard who arrives from Barcelona Lassa F.C. The Swedish player has taken part in the Euroleague and Liga Endesa these two last seasons with Barcelona F.C.

As a youth, Eriksson played for his hometown club as well as for the Swedish national team. During 2010-11, he signed for Manresa to play on youth team but at the age of 18 he made his ACB debut.

Marcus moved to Barcelona Lassa F.C in 2011. He played on the third Spanish Division (LEB Plata) during 2011-12 and he made his debut with the first team in 2012-2013. Next up, he was on loan at La Bruixa d’Or Manresa, scoring an average of 11,2 points in 23,9 minutes per game, this made him be included on the ACB all-young players team.

On the 2014-15 season, he suffered a serious injury during the first game of Liga Endesa, this kept him out of the court for a year. Over the last two seasons, Markus Eriksson settled on Barcelona F.C rotation. Last year, he scored an average of 6,7 points and 1,6 rebounds in 30 games of Liga Endesa.