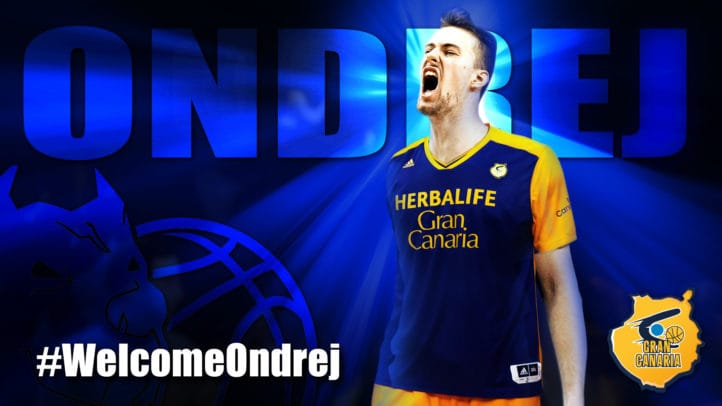 THE 7,11 FT CZECH CENTRE ARRIVES FROM MOVISTAR ESTUDIANTES AND SIGNS ONE-YEAR DEAL WITH AN OPTION FOR FURTHER SEASON.

Ondrej Balvin (Ústi nad Labem, 1992) is 24 years old. Last season, he played for Bayern Munich before moving on loan to Movistar Estudiantes where he took part in 8 games of Liga Endesa.

He has been a member of the Czech national team. He started his professional career at home in Czech Republic. Later on, Ondrej joined Cajasol where he played in the Spanish Liga EBA. Little by Little, he got to play with the first team, whose coach was Luis Casimiro. His statistics were outstanding that season, scoring 9,6 points and an average of 7,4 rebounds. He was named all time rebound leader of Liga Endesa.

Next up, he got to sign with Bayern Munich, but as we said before, he would ended the season with Movistar Estudiantes. In Madrid, Ondrej scored an average of 6,8 points and catched 6,6 rebounds in 8 games.

Ondrej Balvin and Anzejs Pasecniks will be center mates.