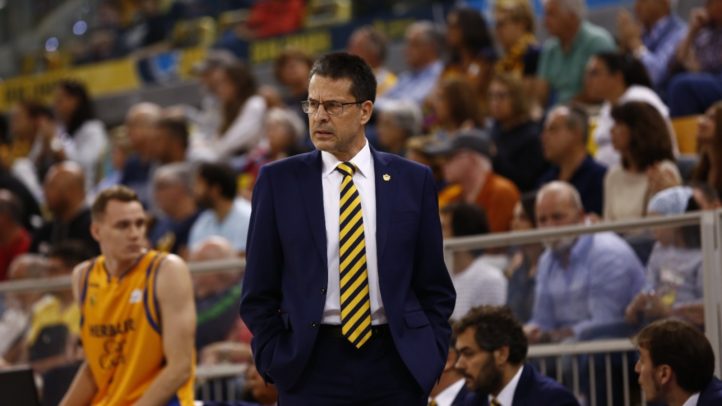 Pedro Martínez: “We played with great effort in the last quarter”

The yellow head coach said that the support from the fans were crucial to make the comeback.

“The game was a little bit weird because of how it went. We were really bad on defense in the first half. Zaragoza scored many easy baskets and layups and killing us in rebounding”.

“In the second half we were a little bit better on defense, although we still suffered under the basket. We had a very good momentum at the end of the third quarter, when it seemed that we were further, but we got close. In the last quarter we had a very good effort, on defense and with our fans support. We won a game that was very exciting for us because was the last one at home”.