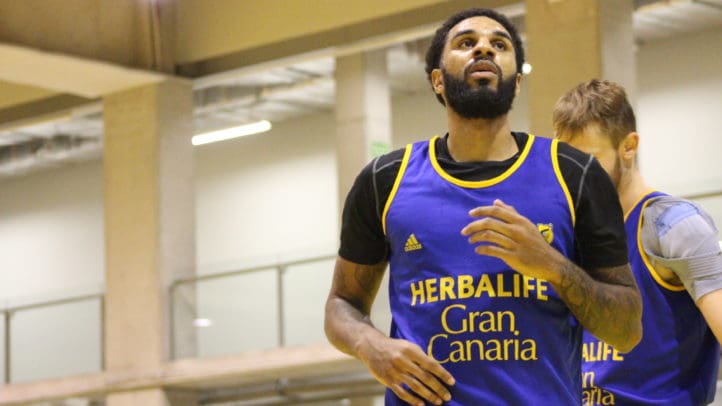 PLENTY OF INJURIES TO START PREPARING THE GAME VERSUS REAL MADRID

THE TEAM CAME BACK TO THE TRAININGS AFTER 1O DAYS OUT.

The Herbalife Gran Canaria came back to the trainings November 28th, after being 10 days out. Eight yellow team players participated with their national teams in this recently “FIBA window”, meanwhile Pablo Aguilar and Marcus Eriksson who were also selected for their national teams, could not go because of their injury. DJ Seeley and Shaq McKissic stayed in the island.

On Tuesday there were some absences. The captain of the team, Eulis Báez, is still traveling back from the Dominican Republic where he played with his national team. Xavi Rabaseda could not train because of a micro-crack in the biceps femoris that suffered playing with the Spain team. Pablo Aguilar continues recovering from his fasciitis. Gal Mekel could not also train because of a contusion that suffered playing with Israel. Finally, Markus Eriksson could not help the team because of a tendonitis in the toe area.