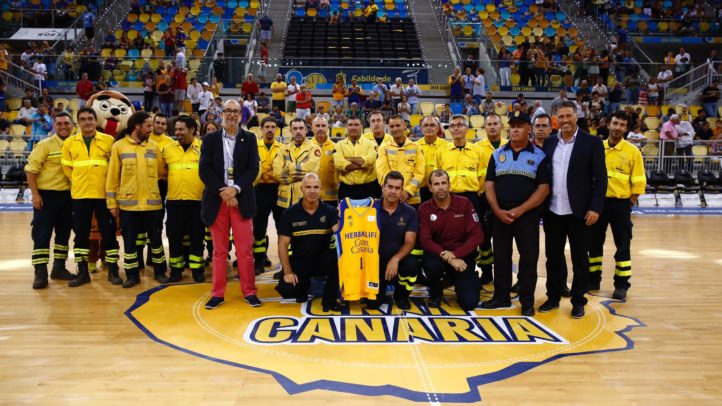 The Club Baloncesto Gran Canaria made a public recognition to the workers of the Cabildo of Gran Canaria.

More than 300 professionals worked to extinguish the fire that affected several zones in the Island last week. A representative group of these people who work in the Counseling were honored during the halftime of the game.

These people are the responsible for the prevention and exctintion of the forest fires in Gran Canaria. The Cabildo of Gran Canaria have asked for all of them the Medal of Excellence of Civil Proteccion because of their remarkable job during the fire produced in the mountains of Gran Canaria. 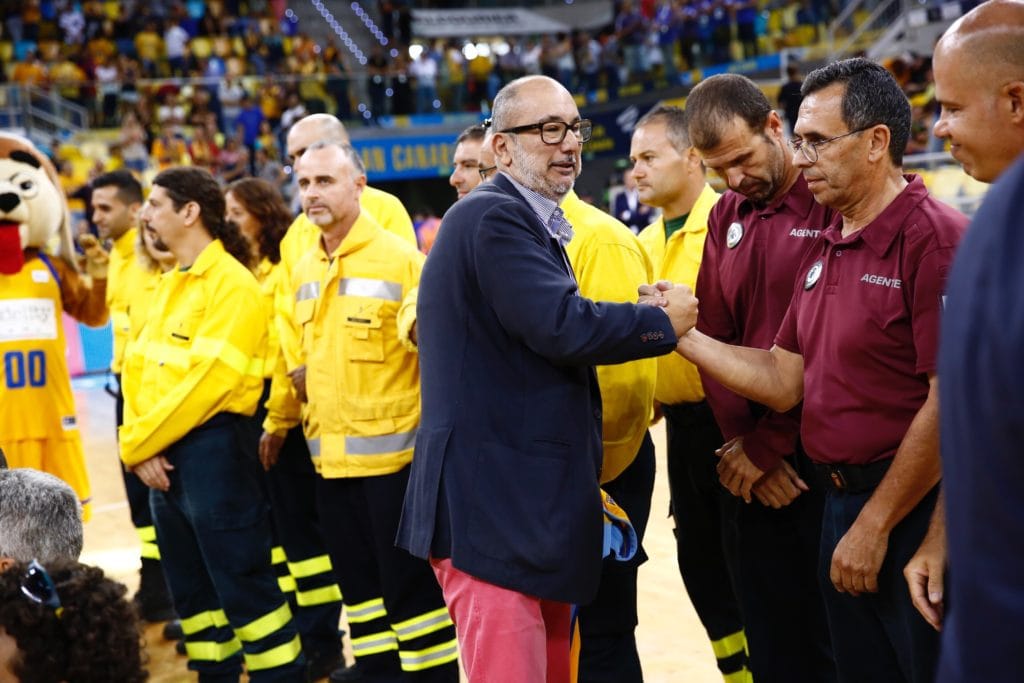 The Club also thanked the collaboration of the Firemen of Emergencies in Gran Canaria, the municipal firemen of Las Palmas de Gran Canaria and San Bartolomé de Tirajana, Civil Protection volunteers, the Canarias’ government, the 21 city councils in the Island, the Military Unit of emergencies, the local police, the Guardia Civil and the veterinarian school of Las Palmas.

All of them allowed to extinct and minimize the fire that could be terrible for the Island.