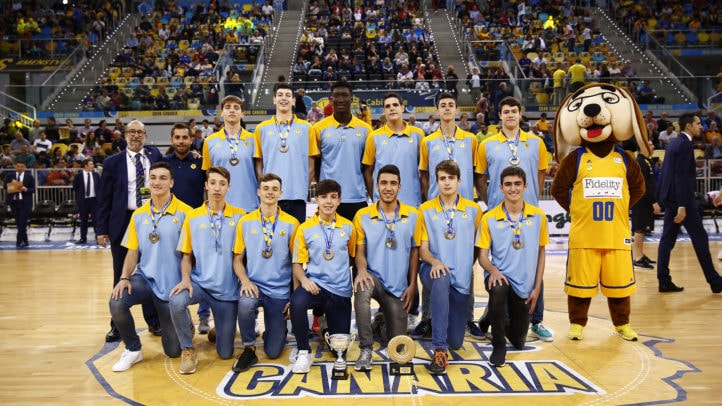 The team coached by Gabi Alonso will compete in May for the National Championship.

Gran Canaria Under-15 team became champions of the Canary Islands a few weeks ago. The young players defeated 2-0 Canterbury in the tournament celebrated in Tenerife.

The yellow team beat first Iberostar Tenerife in the semifinals and then Santo Domingo in the final by 92-56. The National Championship will be in May in Lleida and before that the team received a special tribute before the ‘Derbi’ versus Iberostar Tenerife.