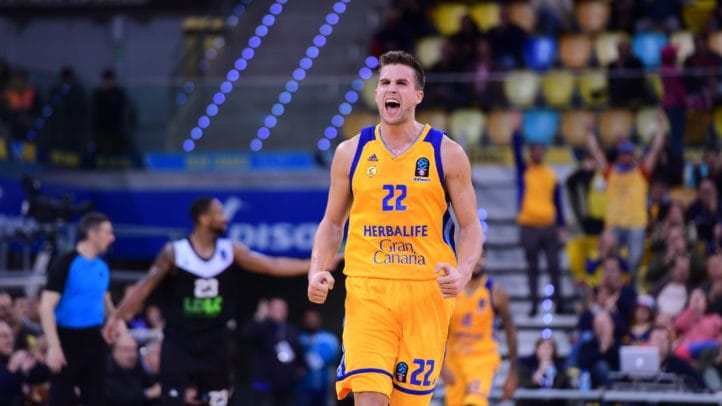 Herbalife Gran Canaria will confront a crazy calendar during the Top 16 of the 7DAYS EuroCup.

On next Tuesday, 2nd of January, the Top 16 of Herbalife Gran Canaria will start in the Gran Canaria Arena. The first game will be versus Aíto’s Alba Berlin at 8PM, the German team with Luke Sikma, Marius Grigonis or Peyton Siva in his roster.

The beginning of 2018 will be crazy for Herbalife Gran Canaria. Between the January, 10th and the 11th of February the yellow team will play 10 games. After the game versus Darussafaka in Istambul, the team will travel to Murcia before going again to Istambul to face Galatasaray. The fourth game in the row on the road will be at the Martín Carpena versus Unicaja.

At last, there will be two games at home versus Galatasaray and Tecnyconta Zaragoza. Then another two-game trip to Berlin and San Sebastian. On the 7th of February, the Top 16 will end versus Darussafaka at home and the last game before the Spanish Cup will be at Fuenlabrada.