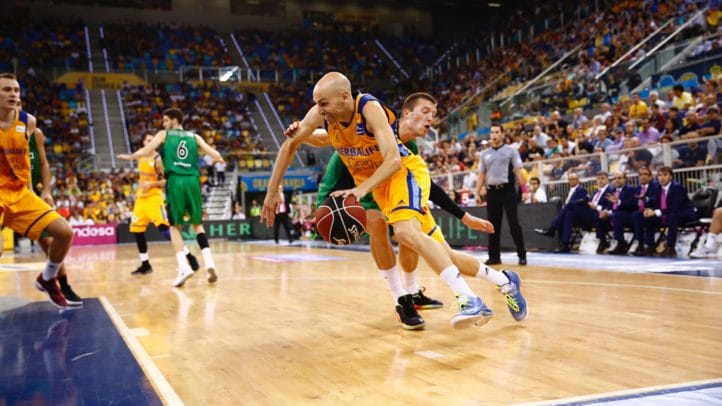 Herbalife Gran Canaria will seek another win in Badalona after the victory versus immediate rival as MoraBanc Andorra. The yellow team will try to grab the second win a row to continue looking ahead in the ranking.

A historic team in trouble

Divina Seguros Joventut is having a difficult season. The historic Badalona’s team are at the last position of the clasification with a 4-20 record and 12 losses in a row. They have changed the head coached and some players in the roster, and they also have economical issues that compromise their future in Liga Endesa.

A difficult arena to play

Divina Seguros Joventut were fighting several years in the past to avoid relegation. But Herbalife Gran Canaria’s visit used to have a balsamic effect for Badalona’s team. The Claretian team had suffered in the past in the Olimpic of Badalona. In fact, the Grancanarian team had lost three games in a row in Joventut’s arena. The last win from the yellow team in Badalona was in April, 2014 with Pedro Martínez in the bench. The record of the last five visits is 4-1 for the ‘Penya’.

Divina Seguros Joventut have accumulated 12 losses in a row. But it’s certainly that they had bad luck to achieve more wins. For example, playing at home they lost four of the last six games by a nine point or less deficit. Two weeks ago versus Monbus Obradoiro they lost in a controversial end of regulation (62-63). In the last game in La Laguna they fought until the end and lost 77-75.

The scoring of Laprovittola

Divina Seguros Joventut signed the talented point guard from Argentina with the goal in mind to avoid the relegation. The former NBA player averages 15,3 points and 5,9 assists, great numbers, but inssuficient to turn around the situation by now. The leader of the team is the center Jerome Jordan, the American averages 11,4 points and 5,4 rebounds.