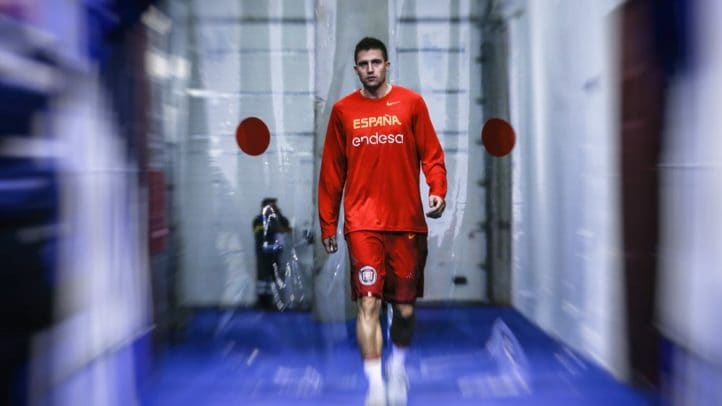 THE SMALL FORWARD SUFFERED AN INJURY WHILE HE PLAYED WITH HIS NATIONAL TEAM SPAIN AGAINST SLOVENIA.

Xavi Rabaseda came to Gran Canaria with a hamstring injury (muscle situated at the back of the thigh). The small forward played on Friday against Montenegro and then on Sunday against Slovenia. Xavi passed the medical tests in the Hospital Perpetuo Socorro, and doctors checked that he was suffering a micro-crack in the proximal third of his femoral biceps.
Additionally, Albert Oliver as he played both matches with his national team he finished with a muscle overcharge.
Tags:
Search
Categories
Archive