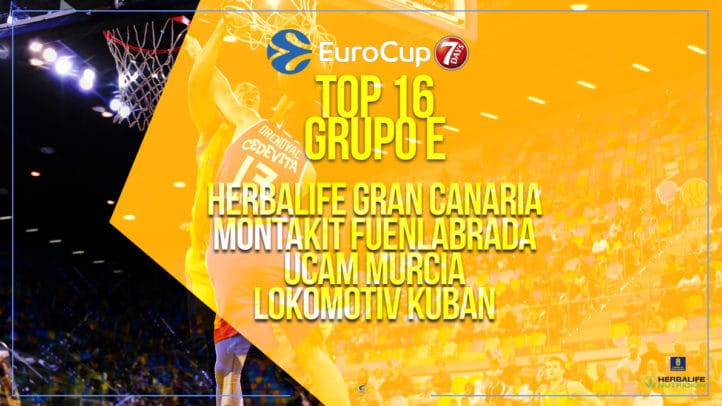 Murcia, Fuenlabrada and Krasnodar for the Top 16

Herbalife Gran Canaria finished the first round in the top spot with seven wins.

The yellow team entered the Group E for the Top 16 in 7DAYS Eurocup. Three new rivals to battle for a ticket to the quarterfinals, that this brand new season will be at the best of three.

Luis Casimiro’s team won’t be travel to far in two of the three games, because they will face two Spanish teams as UCAM Murcia and Montakit Fuenlabrada. Lokomotiv Kuban, former champion in 2013 with Richard Hendrix as MVP, will be the longest travel. The Russian team finihed fourth in their group with Valencia Basket, Hapoel Jerusalem and Ratiopharm Ulm.

UCAM Murcia and Montakit Fuenlabrad did a great job in their firs round versus great teams and they will put the things even more difficult to Herbalife Gran Canaria.

This Top 16 round will begin the 4th January.