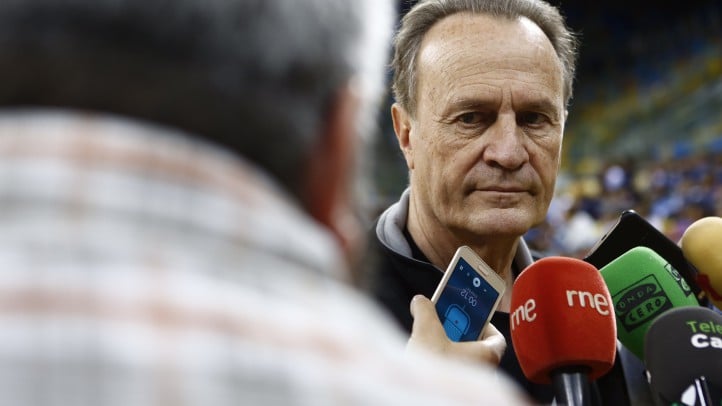 Aito Garcia Reneses: «It’s true they’ve only won three games but they have competed all along»

Coach Aito said to the media that the game versus Estudiantes it’s going to be difficult and talked about their situation.

«Some people are only concerned about the King’s Cup but there’s a lot more to be worried about. We have to do a good job at the Cup, at the ACB League too. We have to keep looking forward for the next challenges.»

«It’s been a while since the last time Estudiantes played with so many young players on their first team. They are doing it this season for the first time since a lot of years and that takes time. Now they have to improve and they decided the way to do that was firing their coach. When that happens, the players tend to improve their performance.»

«It’s true that they have only won three games all season but they have competed in a lot of games too. We cannot say that we are going to play at the court of the last team of the league and it’s going to be easy. All games are difficult -this one will be too.»