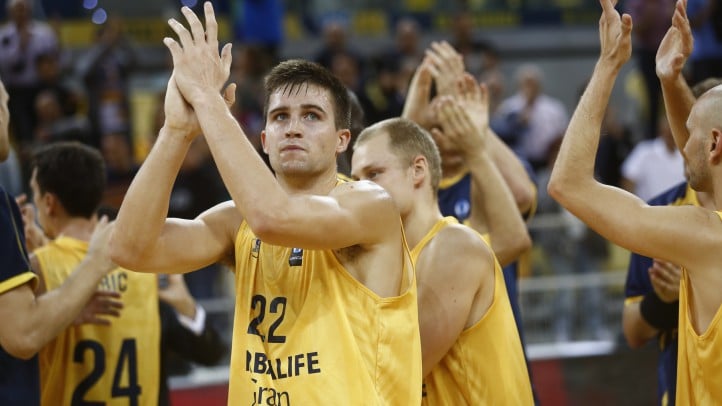 The point tally was the second most in club history and tied Avtodor Saratov for the most scored in the Eurocup this season. The result lifted last season’s Eurocup runner-up to 3-0, while Brindisi dropped to 0-3. Gran Canaria used 9-0 and 10-0 runs in the first quarter to take charge. The difference stood at 50-35 at halftime and Brindisi never came within 10 the rest of the way. Sasu Salin led the way with 20 points on 6-of-10 three-point shooting and Kyle Kuric amassed 18 points on 5-of-7 shooting from downtown. Alen Omic scored 12 on 6-of-7 shooting, while Kevin Pangos tallied 11 points and 8 assists. Durand Scott paced Brindisi with 20 points, Kenneth Kadji added 16 and Djordje Gagic scored 10 in defeat.

The two teams traded baskets early and it was 8-7 after three minutes on a Kadji basket, however Pangos and Omic teamed up on a 9-0 charge to take control. Salin buried a pair of threes in another 10-0 push as Gran Canaria soared ahead 29-11. After Domenico Marzaioli for Brindisi and Eulis Baez for Gran Canaria each made free throws, the first quarter ended at 31-13. Kuric further stretched the difference with a triple to start the second quarter. Scott scored twice for the visitors, who started to climb back. Adrian Banks and Nemanja Milosevic netted free throws to close the gap to 41-29. Omic and Salin kept Gran Canaria comfortable ahead, before Kadji free throws made it 50-35 at halftime.

Salin and Kuric hit threes on the first two possessions of the second half, but Brindisi’s offense was firing too with Scott and Gagic leading the way. Salin and Kadji swapped threes to make it 63-53 midway through the third quarter. However Brad Newley scored 7 in a 9-0 run as Gran Canaria surged to a 25-point lead by the end of the quarter, 77-52 after Salin’s sixth three-pointer. Kuric and Albert Oliver kept pushing the home side with triples as the lead swelled to 30 after threes from Pablo Aguilar and Kuric. Alex Harris heated up for Brindisi, but it was too little, too late as the hosts cruised to victory.