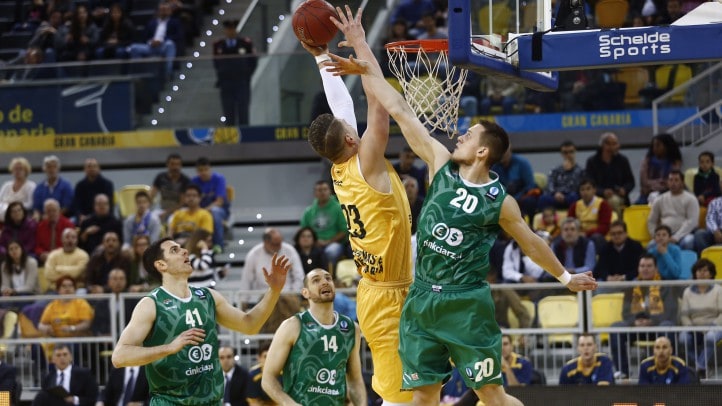 Herbalife Gran Canaria advanced to the Eurocup semifinals for the second consecutive season despite an 83-86 home loss to Stelmet Zielona Gora on Wednesday.

Gran Canaria had beaten Zielona Gora 82-93 in Game 1 and won the two-game, total-points series by an aggregate score of 176-168. Gran Canaria will face Galatasaray Odeabank Istanbul in the semifinals and play Game 2 at home due to its better record at the end of the Last 32. Zielona Gora left the competition with a 5-0 road record, but was not able to win at home. Alen Omic led Gran Canaria with 14 points, Xavi Rabaseda added 13 while Kevin Pangos had 12 for the hosts. Lukasz Koszarek and Vlad Moldoveanu each scored 15 points to lead Zielona Gora, Dejan Borovnjak scored 14 and Przemyslaw Zamojski 12 for the visitors. The hosts led 45-39 at halftime before a 13-0 run that Anzejs Pasecniks capped with a layup broke the series open at 67-50, midway through the third quarter. Zielona Gora kept fighting for yet another road win and came within 70-64 on back-to-back triples by Zamojski. Koszarek brought the guests even closer, 74-71, but Rabaseda and Omic stepped up for the hosts for a 77-71 lead. Zielona Gora did not surrender and used a final 0-10 run to win the game down the stretch. 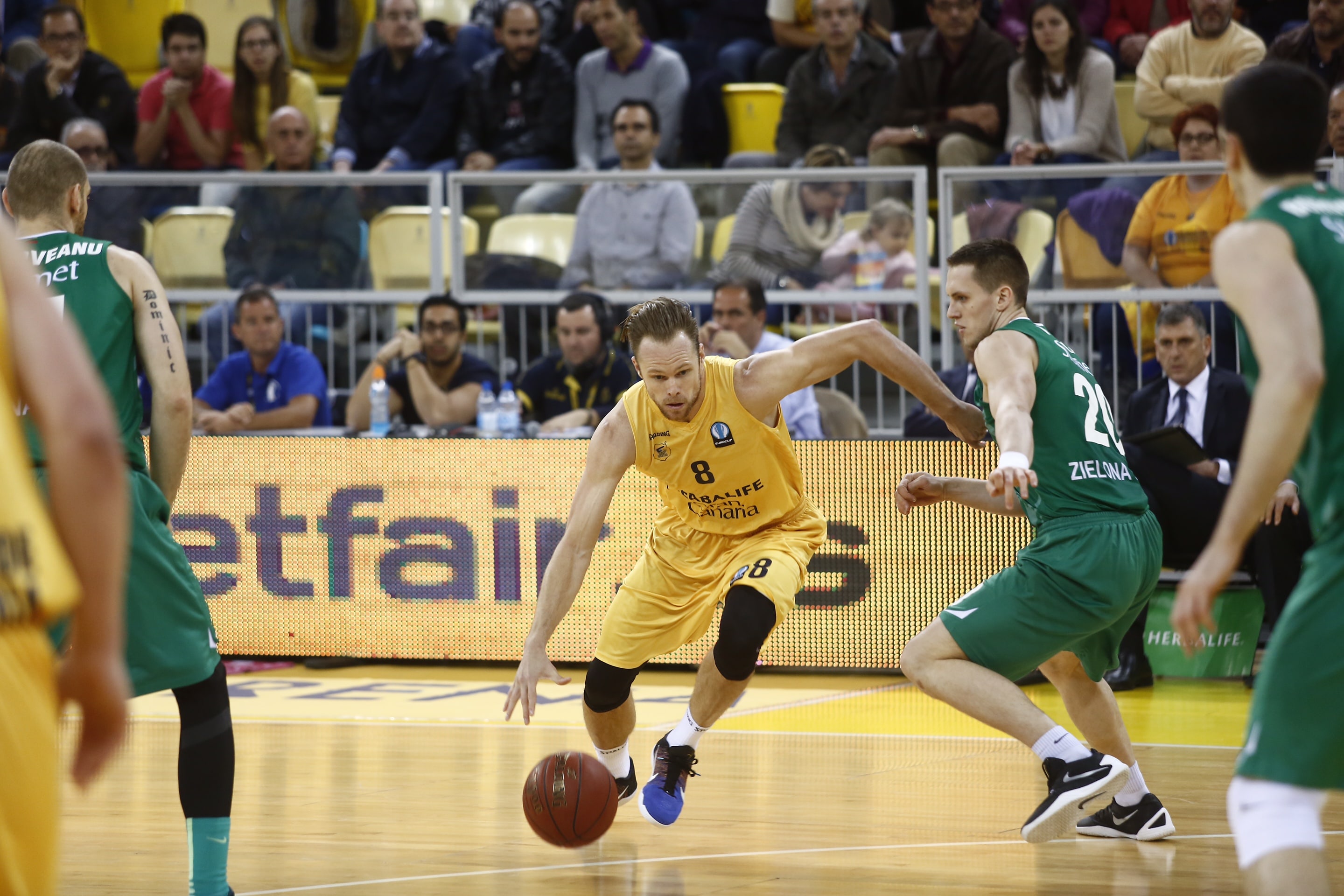 Borovnjak got Zielona Gora going with a layup but Eulis Baez scored down low and Sasu Salin struck from downtown for a 5-2 Gran Canaria lead. Borovnjak hit a four-meter jumper, which Omic bettered with a three-point play. Dee Bost found his first points, but back-to-back three-pointers by Pangos caused Zielona Gora to call timeout at 14-6. Moldoveanu stepped up with a put-back layup and Bost scored in penetration, but a corner triple by Brad Newley boosted Gran Canaria’s lead to 17-12. Moldoveanu hit a five-meter jumper and Ponitka added consecutive baskets to bring the guests within 1. After Rabaseda hit free throws, Anzejs Pasecniks added a layup and a three-point play by Oliver boosted the hosts’ lead to 24-18 after 10 minutes. Seeley hit a triple early in the second quarter. Nemanja Djurisic tried to change things with a couple of baskets, but a layup-plyus-foul by Omic and a three-pointer by Oliver made it a double-digit game, 33-22. Rabaseda joined the three-point shootout and Pasecniks gave his team a 38-22 lead. Borovnjak scored in the low post and Gruszecki followed a triple with an alley-oop slam for a 41-29 Zielona Gora deficit. A three-pointer by Moldoveanu and a big basket by Ponitka brought the guests even closer, 41-34. Moldoveanu struck again from downtown and Borovnjak scored, but Omic kept Gran Canaria in charge, 45-39, at halftime. 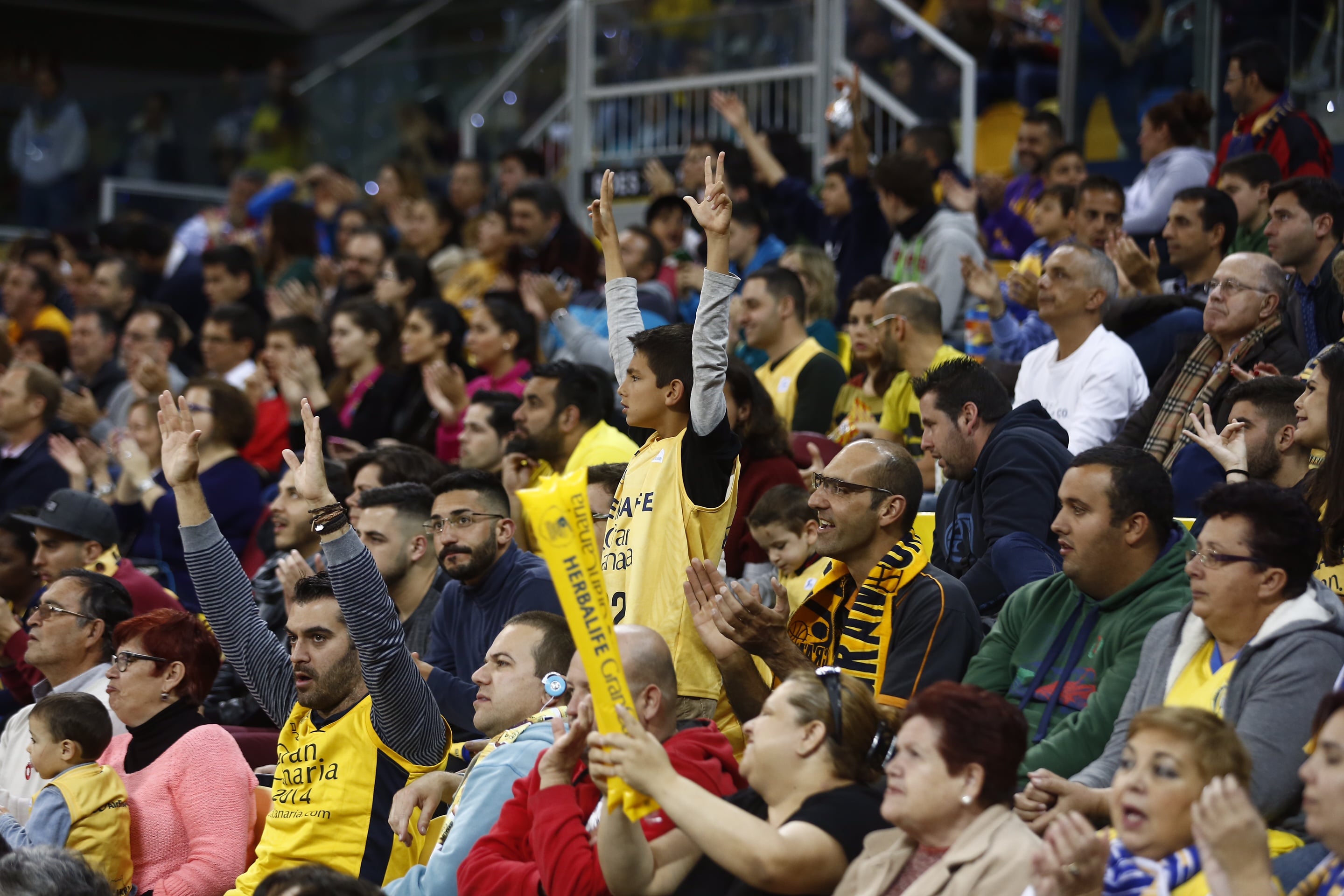 Koszarek hit a mid-range jumper right after the break and Borovnjak added a follow- layup, but free throws by Omic and Salin gave the hosts a 49-43 lead. Bost nailed a catch-and-shoot three-pointer and matched Salin’s floater with a driving layup to make it 51-48. Pangos nailed another three-pointer and even Moldoveanu kept pacing Zielona Gora with a tip-in. Free throws by Pablo Aguilar and Newley gave Gran Canaria a 58-50 margin. Aguilar struck from downtown, Rabaseda added a fast break layup and a layup by Pasecniks practically sealed the outcome of the series at 67-50, after a 13-0 run. Szymon Szewczyk nailed a three-pointer and free throws by Koszarek and Zamojski brought the guests a bit closer. Rabaseda hit a corner triple and foul shots by Koszarek fixed the score at 70-58 after 30 minutes. Both teams kept fighting for the win. Zamojski sank back-to-back triples early in the fourth quarter and got help from Zamojski to make it a 3-point game. Seeley and Koszarek exchanged baskets and Rabaseda struck from downtown for a 77-71 Gran Canaria lead. Omic and Seeley stepped up for the hosts, but a basket by Borovnjak, a triple by Zamojski and a layup-plus-foul by Szewczyk made it 83-82. Moldoveanu put Zielona Gora ahead, 83-84, already in the final minute. A reverse layup by Koszarek rounded out the scoring; Zielona Gora won the game, but Gran Canaria advanced to the semifinals.