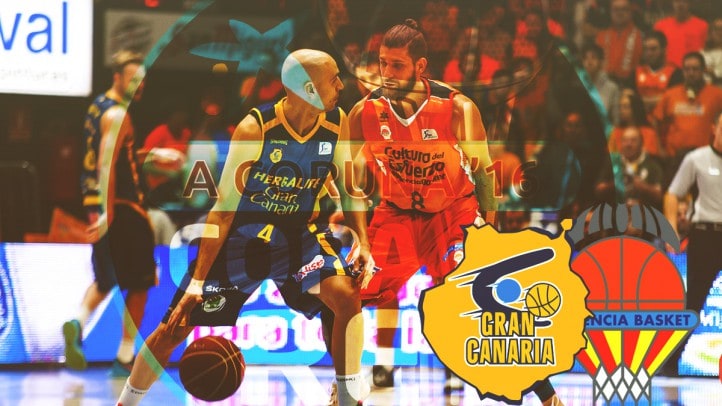 Herbalife Gran Canaria drew the short straw and will have to face unbeaten Valencia Basket in King’s Cup quarterfinals.

After a good first leg of Liga Endesa, Herbalife Gran Canaria ended in 5th position. Better than nobody was Valencia Basket, who ended with an impressive 17-0 to be the first team in the Liga Endesa rankings.

After the draw held in A Coruña, host of the King’s Cup, both teams will have to face in the quarterfinals. It will be the next February 18th. The team that win the round will play against either FC Barcelona Lassa or Dominion Bilbao Basket.

It will be the third game between Granca and Valencia in King’s Cup. First one was back in 2003, when Valencia hosted the competition and beat Herbalife Gran Canaria in quarterfinals by 11 -81:70. Same difference in the 2013 Semifinals, when Valencia got to the Final beating Granca 83:72.

Coach Aito Garcia Reneses said: «All rivals were really tough. Having said that, Valencia Basket is having an enormous season, just incredible. We don’t have to worry about our chances because they are little -we have to give our best so that way we’ll have some chance to win.»

Same thougts gave Xavi Rabaseda, who stated: «If you want to win the King’s Cup you have to suprise all teams and we’ll have to do that to Valencia Basket. They will have a lot of pressure because of the season they are having. Let’s see how we face the game -right now will just prepare ourselves the best we can do.»