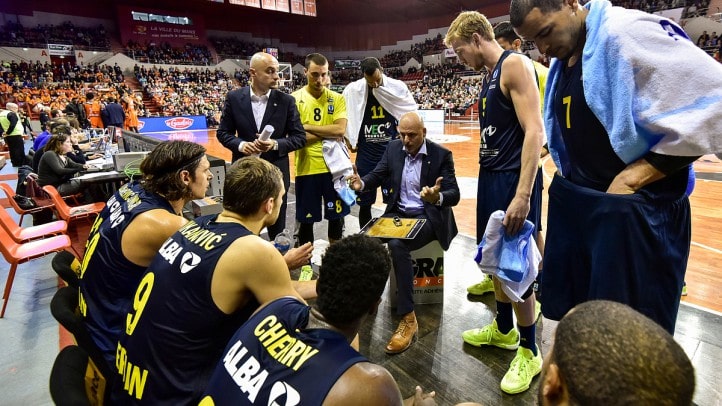 After losing the undefeated condition in Liga Endesa, Herbalife Gran Canaria will fight to not lose that privilege in Eurocup too.

Herbalife Gran Canaria will face German powerhouse Alba Berlin in the Round 4 of Eurocup groups. The Canarians have won the first three games and now have to go to Berlin to play with Alba. Sasa Obradovic’s team is leading the Bundesliga win six wins in six games and in Eurocup they have won the last two rounds.

«It’s part of the season, to lose some games. The test now is how we deal with the loss, it’s important to focus now in Alba Berlin and that starts today.»

«My elbow is slowly recovering and my back is feeling a little bit better. Not 100%, but happened less than a week ago, so it takes time, but I will try my hardest as I always do to contribute to the team.»

«We played a pretty good game in Vitoria. If we can improve a little bit in each aspect, I think we can have a good match. It’s important to learn about Alba Berlin first, which we are going to do today and then we will play the match the best as we can.»

«Alba Berlín is leading the Bundesliga, they are a great team. Obviously it’s harder to win when you are playing against good teams like them, but that is not my main concern.»

«Right now all I want is to have Kyle Kuric back, along with Pablo Aguilar and Brad Newley who are suffering some minor injuries. If we don’t have all our players at 100% everything get harder. We’re facing the game in Berlin as we did in Vitoria -we just want to play well while respecting the rival.»

«Both of their Point Guards are very good, they have a physical team and their roster is full of high level players.»