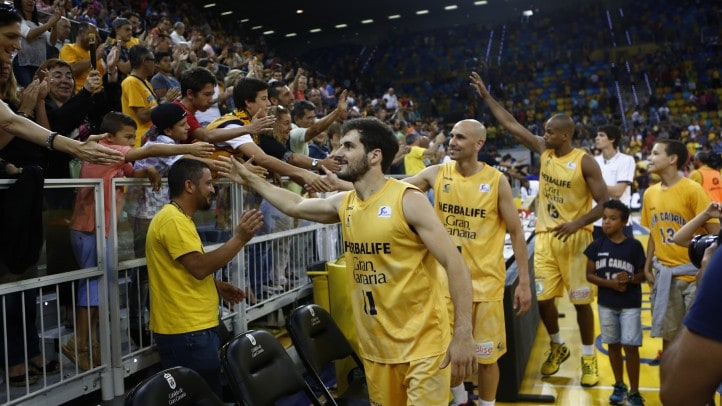 Herbalife Gran Canaria lost versus Real Madrid in the second game of their Playoffs series.

After 61 games in a season, which marks a new all-time record in the history of the club, Herbalife Gran Canaria ended on a high note after the lost to Real Madrid by 86-93 in front of their fans.

Herbalife Gran Canaria had been beaten badly in Madrid in the first game of the series (101-74) after a really good start of the game -Aito Garcia Reneses’ team had a 2-16 run to begin with but then Real Madrid proved why they are the European champions.

Nobody expected more than a small fight from a very decimated team. With Levon Kendall, Ian O’Leary, Oriol Paulí and Txemi Urtasun out, Aito Garcia Reneses had to do a meticulous job in order to have a competitive lineup during all the game. In that sense, youth-player Mouhamed Barro saw some action in the last minutes of the first half.

After 26 minutes really competed, Real Madrid seemed to break once for all with a superb performance from Sergio Rodriguez. Madrid had an eleven points advantage with nine minutes to go. But Herbalife Gran Canaria did not give up and they came back with Albert Oliver’s points from downtown.

Herbalife Gran Canaria had his chances until the very end, but Real Madrid was better in the final minutes and grabbed the win.

All players and fans gathered after the final buzz and celebrated which has been one of the best seasons ever for the club. This squad reached the first-ever European final by setting a record in Eurocup for most wins -21-1 in the road to the finals and then went down fighting against Real Madrid.