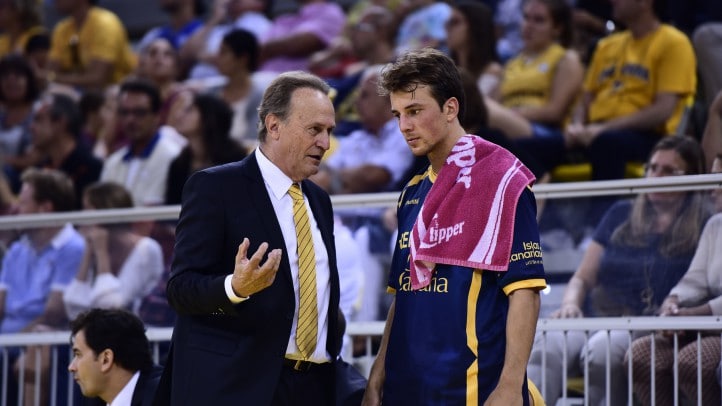 Herbalife Gran Canaria will play Le Mans in France hoping to start off on the right foot.

“We’re back at it. We are starting the trip at 5 am so it’s going to be nice. Some people don’t realize the big effort the players make in order to travel in Eurocup games. We travel on Monday and we can’t even practice that day.”

“Le Mans has some players that I know but all teams are trying to figure out things yet in these early moments of the season. It’s hard to know how they are going to play because they can change the way they play from one day to another.”

“They lost to Limoges but they are not going to be an easy team to beat.”

«Last year we played some teams from France and they were very talented and played really hard. But we have to do what we did last year and what we’ve been doing this season. Play strong and together in defense and try to get the road win.»

«Maybe some people is going to have some expectations because of being the runners-up. Maybe other teams are going to want to beat us a little bit more than usual. We have to think about this year’s tournament.»

«We have a lot of good trips last year. Travels are not the best but we made it alright. We have some fun with the group and we like having two games in a week because we can improve some things that don’t work out in the previous game.»