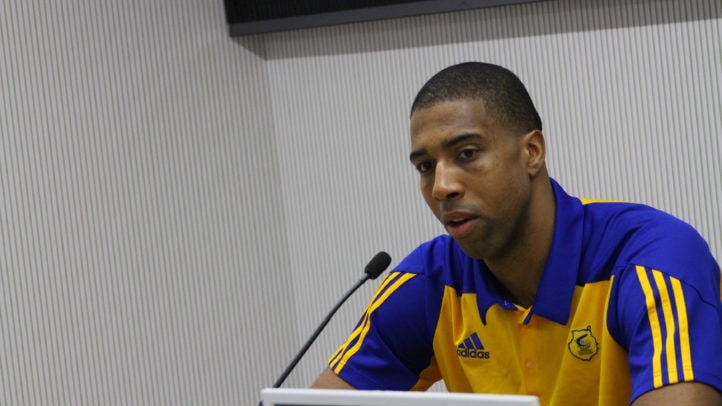 RICHARD HENDRIX
«Lokomotiv Kuban is a special team for me. I enjoyed my three seasons in Krasnodar, we had a lot of success. Nowadays they are a different team with a different coach and they have motivation to play good basketball. We expect a tough team».

«I would like to think that my best years are yet to come, but I had a very good seasons in Lokomotiv Kuban with some success and titles. It’s a special place for me».

«We have a good rhythm as a team and me as a player. I had some problems, but right now my body is in good shape and I prove it in the court. The most important thing is that we grabbed some important wins in the last weeks».

«It’s always important to defend your home court, no matter the team you face. I know that Lokomotiv will come with motivation to beat us because they are a great organization that always want to win and they used to it. They have top championship players and they know the importance of these kind of games, but we must defend our home court».

LUIS CASIMIRO
«Tomorrow’s game will be very tough against a team with tremendous potential, made it to win. In the Russian League is behind CSKA Moscow and they only lost two games. And they beat CSKA. It’s strange that they finished in fourth position in the first round, because they have an enormous potential. They had a bad beginning in a short competition and they are an outsider with great potential».

«We will try to stop them with a great deffensive effort and rebounding. We must be good in offense too, to try to make good shots and have good balance inside and outside. They have changed their coach and not compete in Christmas. All facts show a very interesting game».

«They have a great shooting percentage and individual technic. They play good in offense with the pick and roll with talent inside and outside. Obradovid gave them character and they showed ii in the last games».