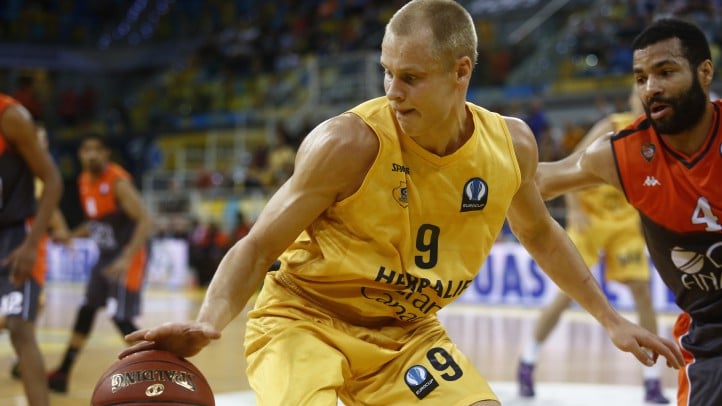 Finnish International player Sasu Salin signed a new contract with the Club that means he’ll be staying until summer of 2017.

Shooting Guard Sasu Antreas Salin will stay at Gran Canaria for at least 2017. The 24-years-old player extended his first contract last summer until the end of the present season.

Salin, who played last Eurobasket with Finland National Team, arrived to Gran Canaria in February 2015 to help the team in the last months of last season. He quickly gained the love of the fans due to his dedication on the court.

After signing the deal, he said:

«I’m happy. The opportunity came early in the season to extend the contract and since I’ve been here now I’ve been very happy so I’m happy to stay here.»

«It’s a great experience in a great league like the ACB. We’ve been playing in Eurocup that is also a great competition. I feel it’s a good place to get better and it’s a great team.»

«I think you’ll get tired of my face in five years (laughs). It’s great to play here for me and for every player who plays here. The fans are really great and also the people around here in Gran Canaria.»