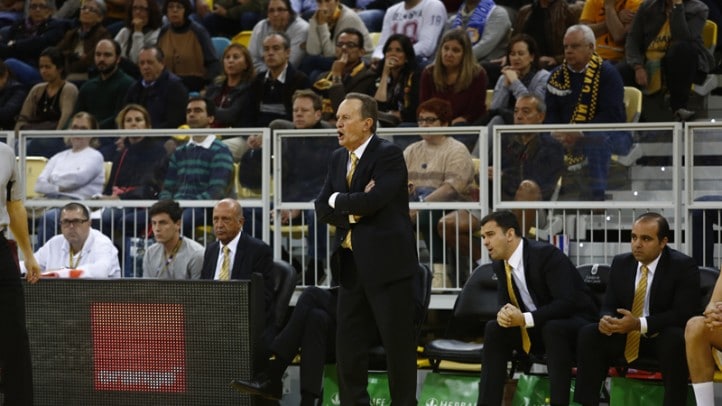 Aíto García Reneses: «We can’t give them too much space to shoot»

Now Last 32 and group phase is over, Aíto García Reneses said that his team won’t have any «previous strategy» for the first game -«you have to adjust your game in the second match» he added.

«We don’t have a previous strategy for this eightfinals. In the first game we are two teams that face for the first time this year and depending in the result in Zagreb, you have to adapt to the second game in Gran Canaria.»

«In Málaga we didn’t play good defense versus their shooters, we must learn from this and don’t let too much space to them.»

«Apart from the players that played in Spain, Cedevita also have a really smart center like Bilan and point guards that can score like Gordic.»

04 marzo, 2015 Intensity and defense the keys against Cedevita according to Urtasun and Kuric
Buscar
Categorias
Archivo