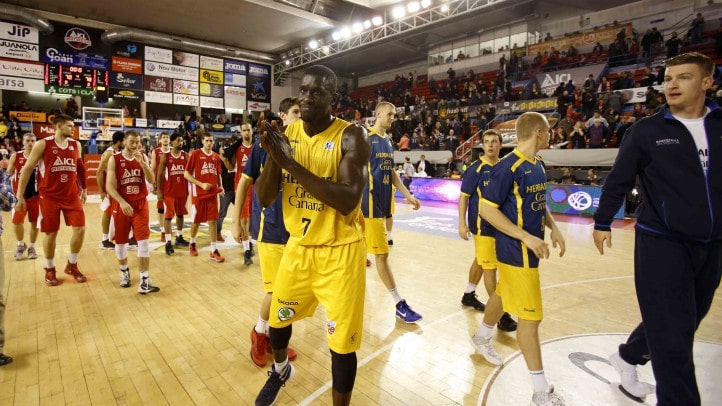 ICL Manresa started off the game in a fashionable way, making a statement with good defense. It was a Dejan Musli show -the Serbian center had 8 points in the first 4 minutes of action. He ended up with 17 points and 9 rebounds.

Between him and Ukranian shooting guard Otverchenko ICL Manresa maintained their lead during all the first half. At halftime Herbalife Gran Canaria was losing by just one point after a good second quarter. It was Kevin Pangos’ comeback in Liga Endesa and he had a good game, scoring 7 points and handling 4 assists. 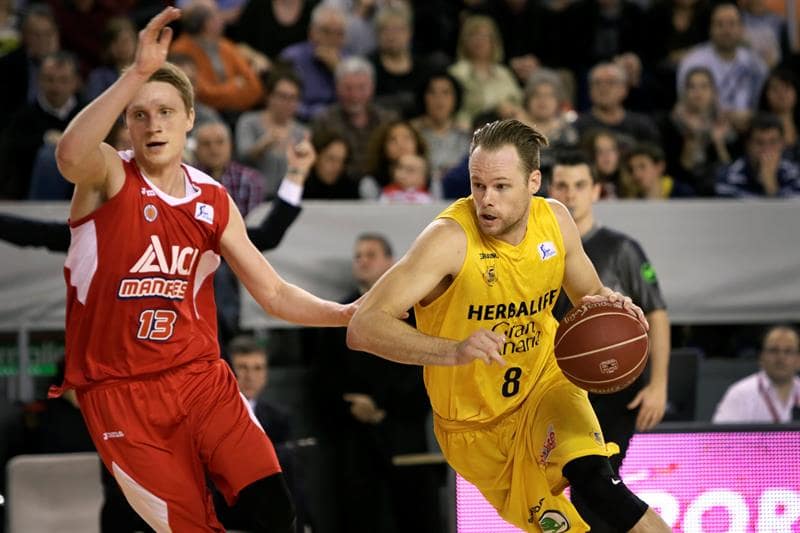 Herbalife Gran Canaria improved its game in the third quarter -Albert Oliver and Sasu Salin both hit some threes to give Granca the lead but ICL Manresa was always fighting. With just one quarter to go, it was a close game -52:51 for the local team.

In the last quarter DJ Seeley stepped up. He scored 12 points and some crucials shots like a 2+1 play that put ahead Herbalife Gran Canaria. Then he hit a three that sealed the win for the islanders.