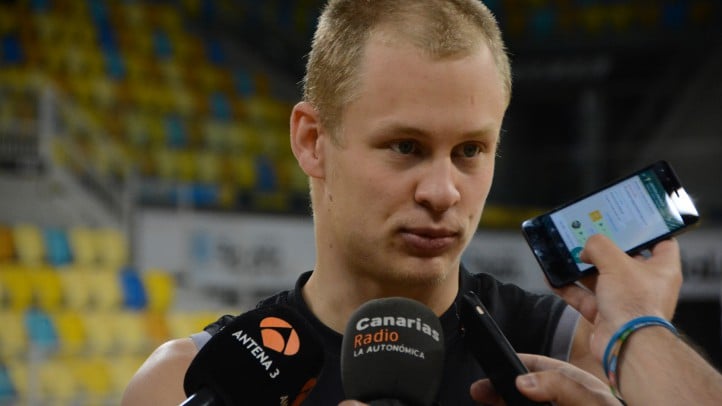 Coach Aíto García Reneses and Finnish player Sasu Salin spoke to the media this morning before the Round 3 of Eurocup Last 32.

This is what Aíto García Reneses said

«It’s a very physical team. They have scored more than 100 points in the last six games. They have good shooters in their roster and they are a strong team.»

«Now we only are four teams in the group -we are not six teams like in the first phase. So yes, every win and every defeat is very important if we are talking about qualifying to the next round.»

This is what Sasu Salin said

«We are good. Before the tough lost against Barcelona we had have two good wins so there’s no problem with our confidence -anything like that.»

«We both have a record of one win and one defeat. Also we have beat Hapoel and both lost against Strasbourg. So it’s going to be a very difficult game, very tough. We play in front of our fans, at our home court so we have that little advantage.»