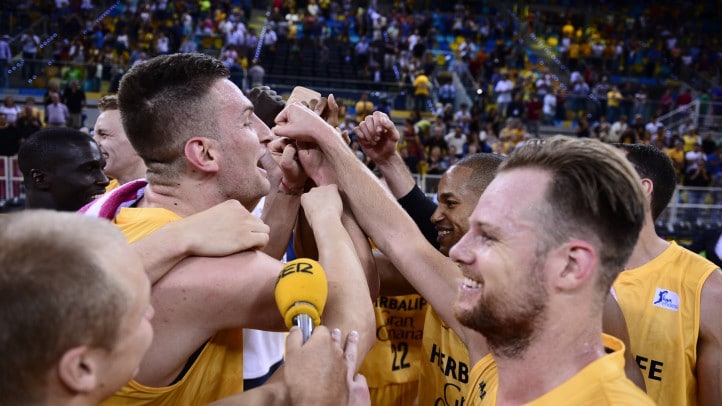 Herbalife Gran Canaria beat RETAbet.es GBC by 33 points in a game that the yellow team controlled from minute one.

After preseason and a tough Supercup loss, the moment of truth came to Gran Canaria Arena in the first Liga Endesa game of the season. Aíto García Reneses had all the players at his disposal but Ovidijus Galdikas. The Lithuanian Center is out because of a calf injury.

Kevin Pangos, Kyle Kuric, Brad Newley, Eulis Báez and Alen Omic were the starting lineup in a mix of new faces and guys who were coming back from last season. With both teams trying to figure out things yet, the first minutes of the game went as anyone could think -a lot of misses and some nerves too. But soon Brad Newley showed his caracteristic energy. The Australian player was key in the first significant run of the night -he and Kuric joined forces and comanded a 12-2 run. After one quarter, Herbalife Gran Canaria was leading by nine (25-16). 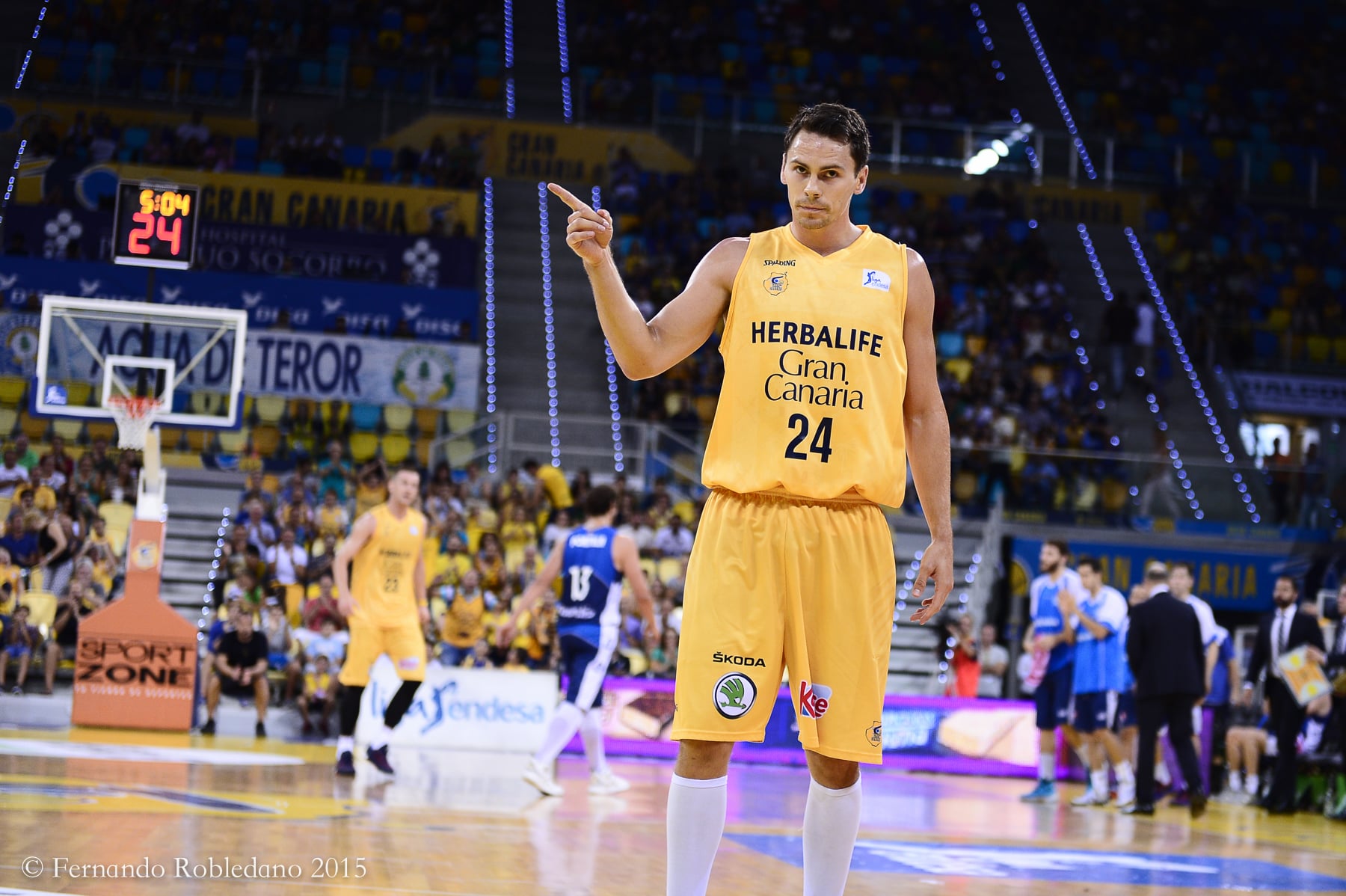 It seemed like RETAbet.es GBC were going to put up a fight with some good minutes from British Andrew Lawrence and Txemi Urtasun, who last year played for Herbalife Gran Canaria. The Basque team cut back the disadvantage to just seven points but Pablo Aguilar ruined all GBC hopes. The Spanish international player scored 12 points in barely two minutes and helped the yellow squad to have a 19 points lead by halftime (50-31).

There was just no history in the 20 minutes restant. Herbalife Gran Canaria played in a very fashionable and vibrant way with some guys having brilliant moments. Kyle Kuric had 23 points and then three of the new signings shined during the night -Pablo Aguilar, who contributed with 18 points and 5 rebounds; Kevin Pangos with 15 points and 5 assists; and Slovenian Center Alen Omic, who ended up with a double-double: 12 points and 13 rebounds. 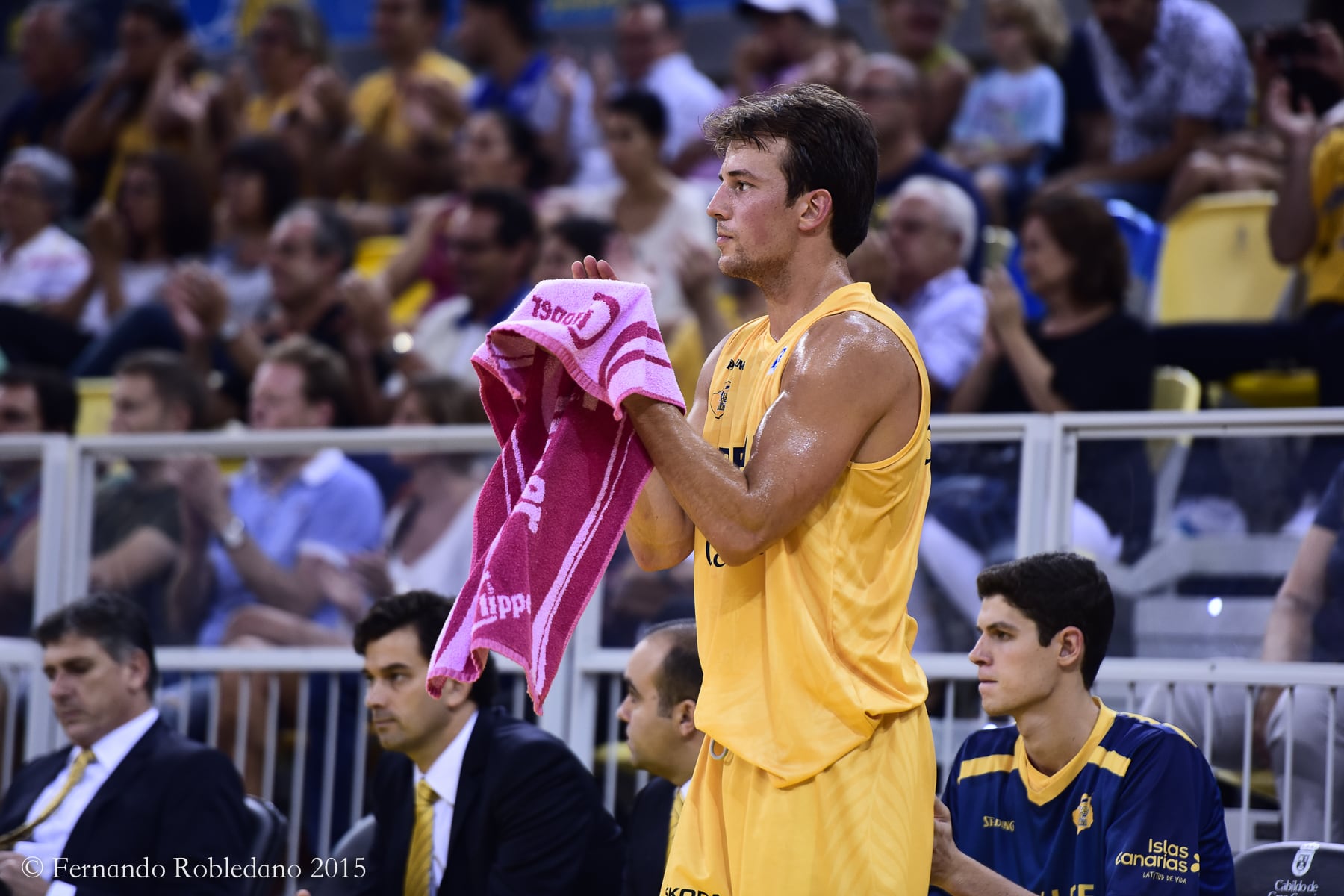