The islanders had a good first quarter but the impressive 3PT percentage of FC Barcelona was too much for them.

Herbalife Gran Canaria opened the game in a fashionable way. Alen Omic was key in the 7-2 run that started the match. Gran Canaria Arena was really crowd -almost 9.000 people came to the arena in which was the best attendance of the season.

However, FC Barcelona Lassa proved soon why they are one of the top teams in Europe. Abrines hit four 3s and he was the key contributor in Barcelona’s game -happy, with great intensity in both ends of the court. Barcelona managed to score 8/12 from the 3 points line at the halftime and had a 16 points lead (41:57). 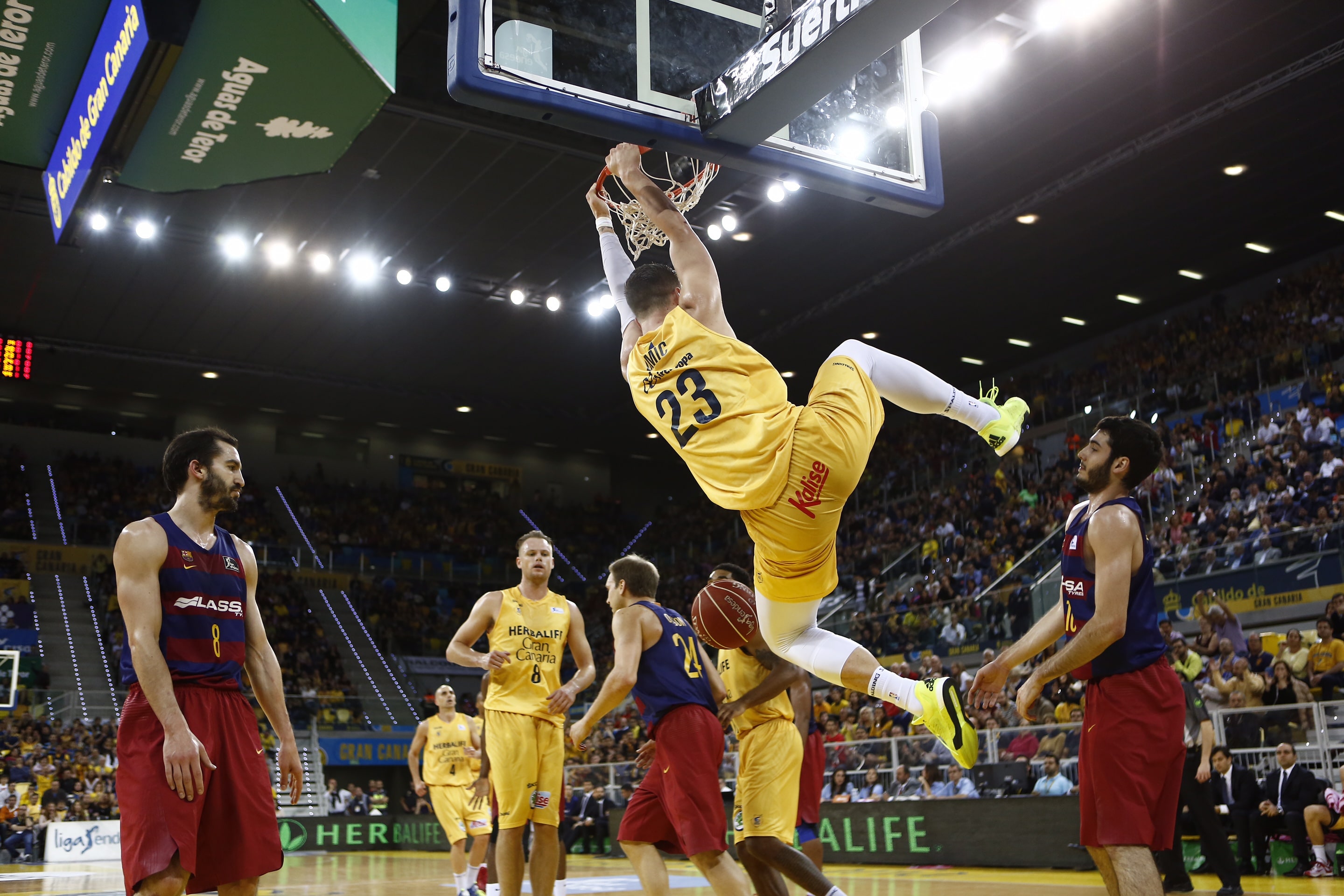 In the third quarter, Herbalife Gran Canaria lost any chance they had to win the game and FC Barcelona achieved to get a lead that went up to 30 points. Lastly, Granca found help in Brad Newley and Alen Omic to clean up a little bit the mess -ending the game with a great run of 28-11. Omic had an oustanding performance and finished with 23 points and 6 rebounds.

With only one game left for the King’s Cup qualifications, Herbalife Gran Canaria is virtually qualified -only a really bad loss along with some good victories from at least three opponents would kick out the yellow team from the competition.