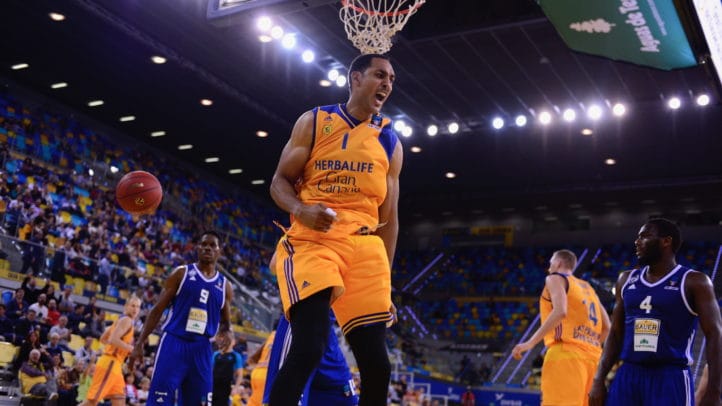 Ryan Hollins played his first game with the yellow jersey and helped the team to grab another victory.

A new friendship were born yesterday in Gran Canaria Arena. Albert Oliver and Ryan Hollins combined for several alley-oops in the most notorious actions in the game. The fans that came to the arena smiled after both actions and started to imagine what could Hollins do in the short future.

The match was not important for the qualification because both teams have their places defined in this first stage. Herbalife Gran Canaria finished in first place with seven wins and one defeat. In January will start the Top 16 with two Spanish teams (UCAM Murcia and Montakit Fuenlabrada) and Lokomotiv Kuban in Group E.