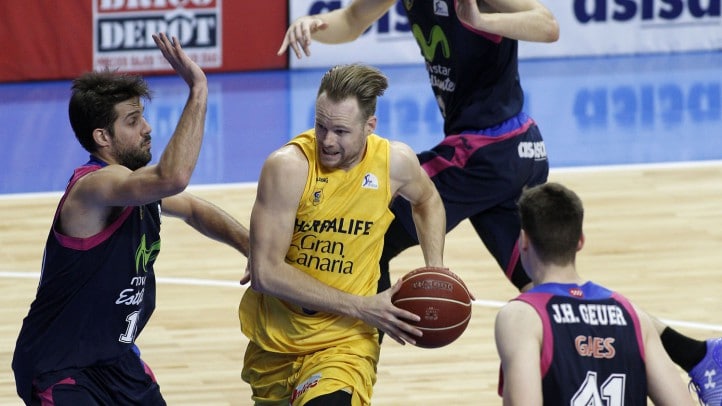 This season King’s Cup will be the eleventh for Herbalife Gran Canaria -fourth year in a row.

Herbalife Gran Canaria didn’t have to play to know that they were going to A Coruña next February to play the King’s Cup. Because of the results of Sunday morning, the yellow team was already qualified before they faced Movistar Estudiantes.

Despite that, Aíto García Reneses’ players did a great job at the court of Movistar Estudiantes. After winning the first quarter by eight points (19:27), they didn’t look back all night long. A lot of guys did their best. From 16 points performance of DJ Seeley to another double-double for big man Alen Omic, who ended up with 15 points and 11 rebounds.

Herbalife Gran Canaria achieved a 22 points lead during the game and only the effort from Laprovittola allowed Estudiantes to end the game just 17 points behind. Final result was 70-87 and Granca maintained its position in Liga Endesa rankings -they are 5th with a 10-7 record.

For the islanders it will be the eleventh participation at King’s Cup -the fourth in a row which set a new all-time record for the club. This Monday 25th Gran Canaria will know their rival -it will be Valencia Basket, FC Barcelona Lassa, Laboral Kutxa Baskonia or Real Madrid.