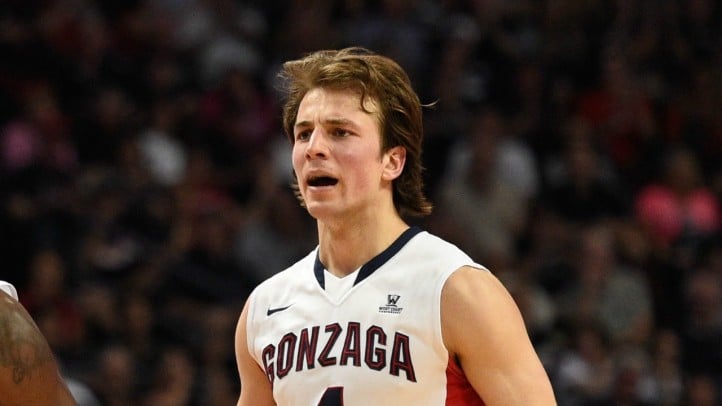 The Canadian point guard with Slovenian passport joins to the new project of Herbalife Gran Canaria.

Kevin Joseph Pangos (Ontario, 26 January 1993) will wear the yellow jersey the next two seasons in his first adventure as professional player.

Since an early age, Pangos began to stand out in Canadian basketball. In 2011 became the moment to choose college and the point guard attracted interest of several universities in the United States. In the end, he decided to play for Gonzaga, in part because of the good references of his friend Kelly Olynyk, center of the Boston Celtics.

Pangos has completed the four year experience in the Bulldogs, raising as the leader of the team during the four seasons. He broke shooting percentage  and three-point scoring records. He finished his NCAA career at the same level as other historic point guards as Blake Stepp and John Stockton. In his last season in Gonzaga he averaged 11,6 points, 4,8 assists and 2,7 rebounds.

Between 2009 and 2012, Pangos won three medals with the young national teams of Canada. It is worthy to distinguish the medal earned in the U-17 World Cup in Germany 2010, being the playmaker of a great group of young players, with for example Andrew Wiggins, first overall pick in 2014 NBA Draft.

More recently, the Canadian guard participated in Las Vegas Summer League with Dallas Mavericks, where he played in the same team that his new teammate in Herbalife Gran Canaria, Pablo Aguilar.