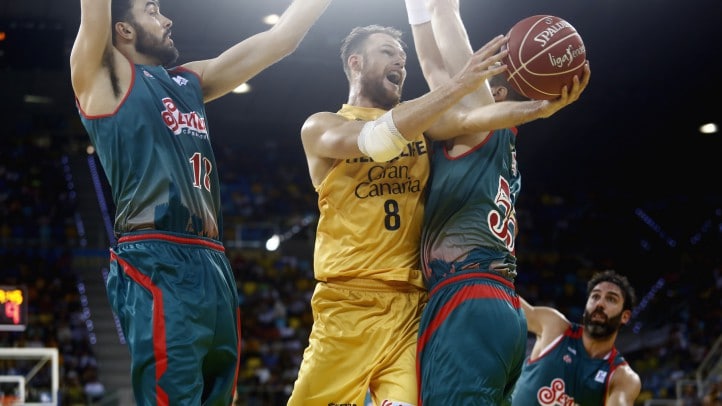 Herbalife Gran Canaria still at the top after a 76:67 win versus Seville

Herbalife Gran Canaria had a great first half versus Baloncesto Sevilla. In the first ten minutes, the yellow team had an eleven points lead -19:8 with a key Xavi Rabaseda, who started for Brad Newley who had pain in the right elbow. With Pablo Aguilar and Sasu Salin on the court, the islanders had an 8:0 run to get a nineteen points lead.

In the beginning of the third quarter, the scoreboard was 50:30. But Baloncesto Sevilla made a run with heart. Herbalife Gran Canaria suffered in the paint and got hurt in the rebounds. Ondrej Balvin was really important in the sevillian team and ended up with 10 rebounds. The Czech Center sat out at the last quarter and Uros Slokar scored eight points to cut the lead to just two points. It was a 7:25 run. In the last minutes, Brad Newley and Kyle Kuric rised and gave Herbalife Gran Canaria the win.