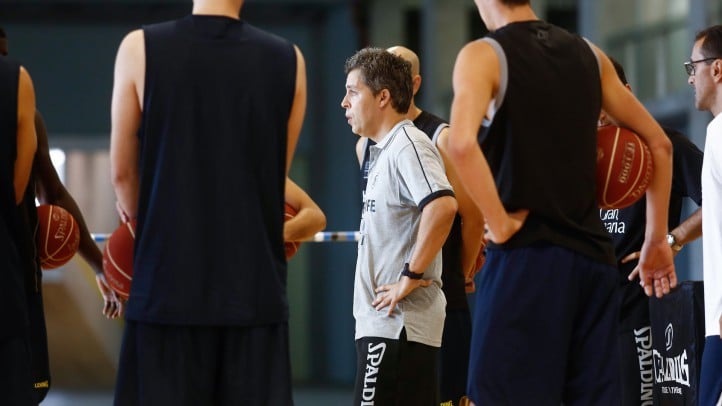 Herbalife Gran Canaria began to work this Wednesday morning in order to prepare the 2015/16 Season. Head coach Aito Garcia Reneses and his assistants Victor Garcia and Israel Gonzalez had only four professional players in the starting group because of the international players’ absences.

Only Albert Oliver and Oriol Pauli came back from the last practice in the 2014/15 Season. Then Kevin Pangos and Sitapha Savane, two newcomers this summer, also were in the first practice of the preseason. Savane’s return to Herbalife Gran Canaria was one of the focus points of the first day. For Dakar’s Center was like he never left as he was one of the vocal guys all along the day.

Xavi Rabaseda, Brad Newley and Kyle Kuric will land in the island in the next days -as for Alen Omic, Eulis Baez, Sasu Salin and Pablo Aguilar the team will have to wait for them to finish their international competitions. That’s why the squad had to make use of some Youth Team players.

In that regarding, the youngsters were the guards Saulo Roman, Joaquin Portugues, Dzeiks Krumins and Jose Blazquez; the forward Willy Isiani and the centers Rokas Gadiliauskas, Anzejs Pasecniks and Mouhamed Barro. Also was in the practice Aaron Geramipoor, who is in the island to reforce the first team practices. 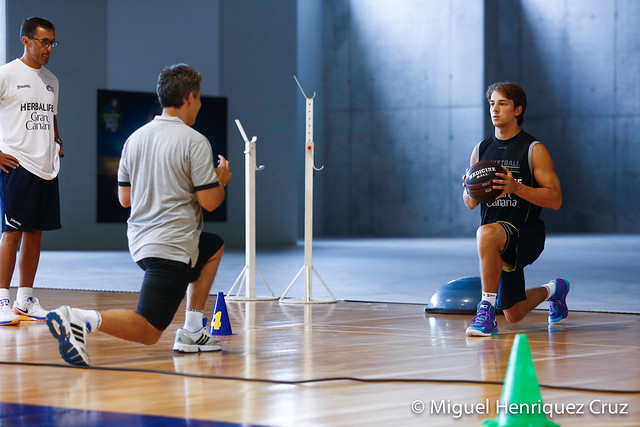