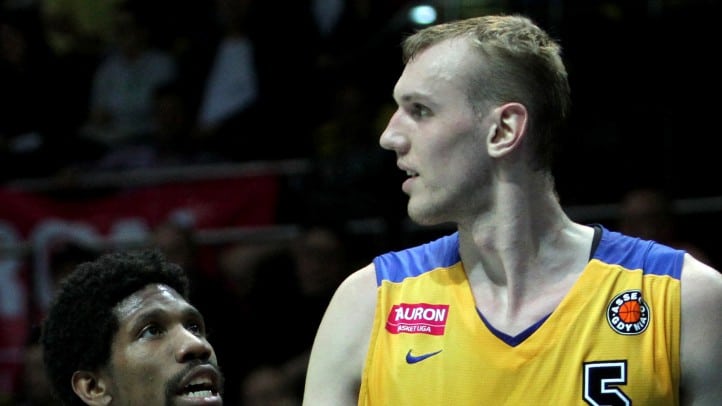 The 2,18 meters Center is coming from Polish team Asseco Gdynia

Ovidijus Galdikas (born in Kaunas, September 4 of 1988) is the last signing of Herbalife Gran Canaria for the upcoming 2015/15 season. The Lithuanian Center played last year in Asseco Gdynia and he’ll be playing for the first time in his career in Spain.

Galdikas started to play as a pro in 2009 and his first contact with basketball had been barely three years before, in 2006. He’s a hard worker and with sacrifice he made himself a name in various small Lithuania clubs, before he exploded in Siauliai in 2012/13 season.

The 27-years-old player signed with Asseco Gdynia in the PLK, the domestic Polish league. Last season he was the best foreing player of the competition thanks to averaging 11,2 points, 10 rebounds and 2,6 blocks per game.

Last summer he played in Las Vegas Summer League for the New York Knicks. The NY organization has follow him for some years now. Galdikas is landing now in Liga Endesa with Herbalife Gran Canaria