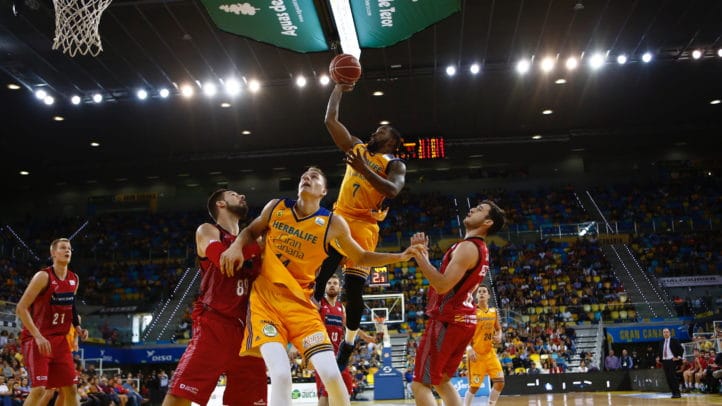 Herbalife Gran Canaria were at front during all the game, but the fight lasted until the last second.

I was a crucial win to continue in the battle for the Copa del Rey. After securing the first place in Eurocup group stage, the yellow team has the main goal to return to the victory and forget Barcelona’s loss.

Benzing, Fotu and Jelovac were the trio that most damage caused to Herbalife Gran Canaria’s defense this morning. With 80-76 in the score with a few minutes to play, Tecnyconta Zaragoza proved that they were still in the game. Benzing missed a three to approach even more his team, but all came to and end in a very close final minute with many free throws. Bo McCalebb scored a very important basket and the home team managed to hold his lead to grab the sixth win of the season in Liga Endesa.