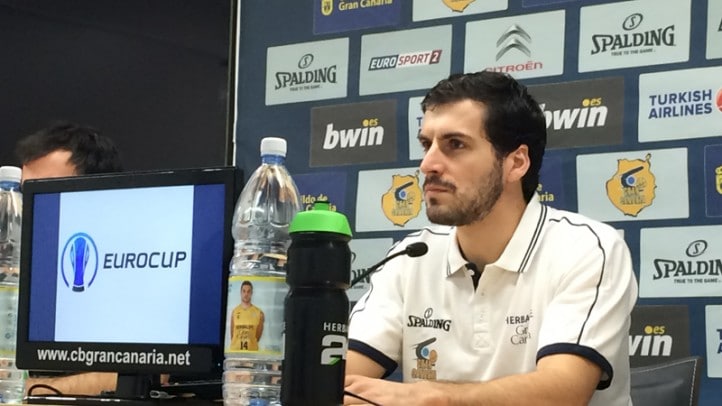 Both Captain Bellas and Coach Aito said before the game that the team must to forget the 13-points lead and have to focus on every play they do.

Tomas Bellas: «We are in good spirits. Last week was really long but now we have to prepare this upcoming game which will be historical for our team.»

«It’s only halftime and we are up by 13. We’ve seen in the previous leg how Unics beat Lokomotiv Kuban by 21 after losing the first game. We are focused. We are aware that Unics Kazan has a great team. We have to keep the same intensity we had seven days ago in Kazan. We have to try and forget about our advantage and go out to win the game. It’s an historical opportunity for us as a club.»

«I think they didn’t play with good intensity in the first leg but they have a really talented team. A 13-points lead is nothing when you are playing a team like them. It’s going to be a very tough match and we have to bring our A game.»

Aito Garcia Reneses: «We won’t have any excess of confidence. Unics lost in the Quarterfinals’ first leg versus Lokomotiv Kuban and then beat them by 21. They beat a team that was 19-0 in the competition. That’s a signal you have to see. We have to try and score in every play, and then we have to defend. We have to think in the moment and not be distracted by the first game. We all know how big this game is and we’ll need the support of our fans.»

«I think they are a good team too -in the teamwork aspect I mean. You have to be that in order to beat Lokomotiv Kuban by 21 points in Krasnodar. But sometimes the teamwork is not just as great as it should be.»