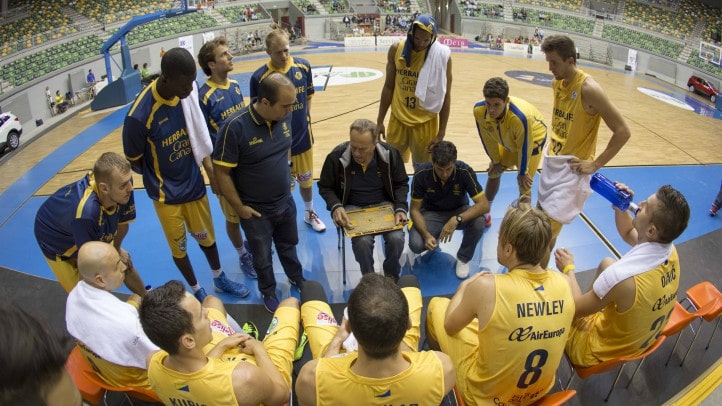 The yellow team lost against Valencia Basket in the semifinals and then finished off with a win against Río Natura Monbús Obradoiro.

After losing the only home friendly in preseason, Herbalife Gran Canaria wanted to gave its best against same-league rivals. On Saturday, Aíto García Reneses’ players had a slow start versus Valencia Basket. After an 18-4 run for the taronja team, Gran Canaria improved its intensity in defense and had a good shooting percentage with a lot of players scoring from the perimeter -guys like Kuric, Báez o Salin helped in that matter.

After getting the game tied and enter in the last quarter with a five-points disadvantage, Valencia Basket fueled up from its big guys -both Justin Hamilton and Bojan Dubljevic really hurt Herbalife Gran Canaria during the whole game, but especially in the last minutes. Valencia Basket won by 86-70 and qualified to the finals.

On Sunday, Herbalife Gran Canaria played Río Natura Monbús Obradoiro for the second time this preseason. The yellow team had a similar percentage in the shooting -a very good one, although they endured some problems in the defense all over again. At halftime, the islanders had scored 50 points and received 43.